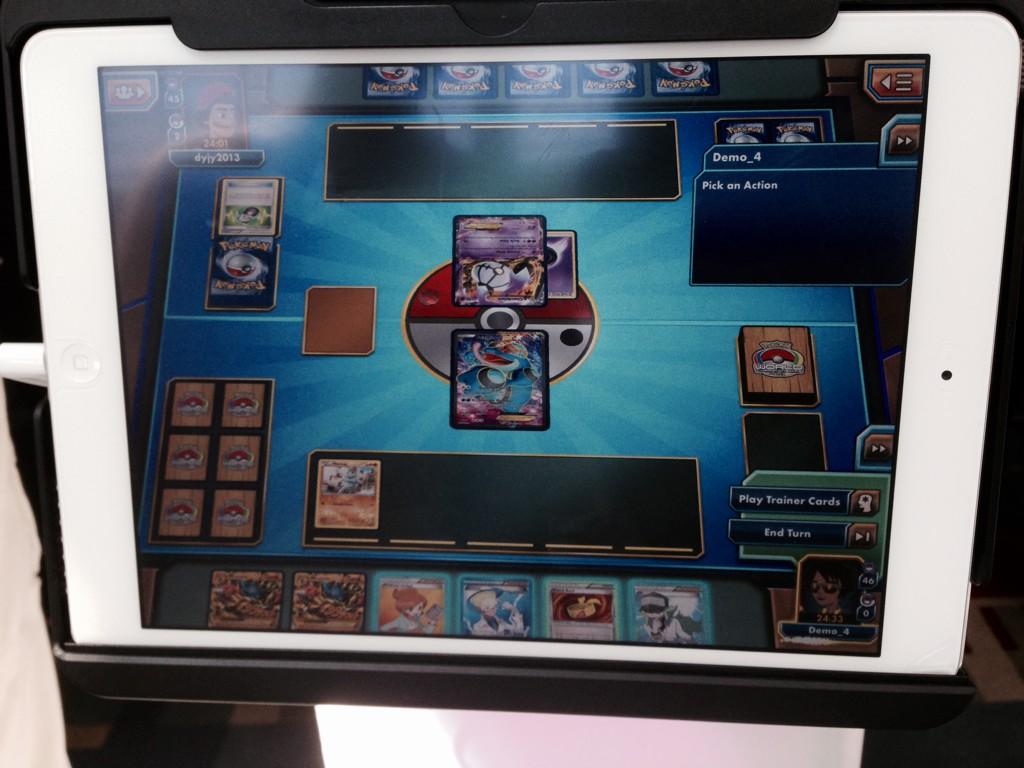 According to a report from Polygon, several attendees of the Pokémon World Championships in Washington D.C. have been shown a version of the trading card game running on an iPad.

Twitter user Josh Wittenkeller took a photo of the game running on an iPad (shown above).

A representative from The Pokémon Company confirmed the game is real, but could not provide a timeline for its release.

The Pokémon World Championship takes place this weekend at the Walter E. Washington Convention Center in Washington, D.C, and features events for The Pokémon Trading Card Game. The iPad game is already being shown to some attendees.

The Pokémon Company has confirmed that they Pokémon Trading Card Game Online, which is currently available on Mac and Windows, will be coming to the iPad later this year. The company was not able to give a timeline for its exact release.

The Pokémon Company already has several apps on iOS, including Pokédex for iOS, however the trading card game app will be the first full game the company will release on iOS.