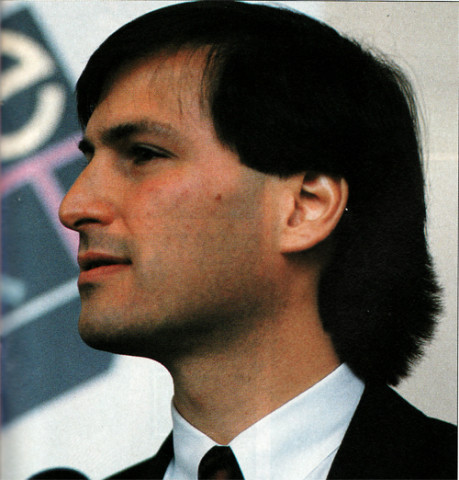 Here is an incredible Saturday read, courtesy of Joe Nocera from the New York Times. Nocera, writing for Esquire back in 1986, was invited by Steve Jobs to accompany him for a week to help bring some attention to his new start up, NeXT. Jobs at the time had just been exiled from Apple. Nocera shares some of the most vivid and descriptive details written about Steve Jobs, and it’s a fantastic read.

…By the way, for instance, he can’t resist showing off his brutal, withering intelligence whenever he’s around someone he doesn’t think measures up. Or by his almost willful lack of tact. Or by his inability to hide his boredom when he is forced to endure something that doesn’t interest him, like a sixth grader who can’t wait for class to end.

Which, as it happens, is how he’s acting now. Dan’l Lewin, NeXT’s direc- tor of marketing, has just handed out a complicated diagram outlining his various responsibilities and lines of authority. When Jobs gets his copy his eyes begin to glaze. As Lewin attempts to explain, somewhat convolutedly, what it all means, Jobs fidgets. He rocks back and forth in his chair. He rolls his eyes. He squints. About a minute into Lewin’s tortured explanation, Jobs can endure no more. “I think these charts are bullshit,” he interrupts. “Just bullshit.” Lewin stumbles momentarily, then tries to recover, but Jobs won’t relent. Finally, Lewin tries to retrieve all the copies of his diagram. “What are you doing?” Jobs asks pointedly as Lewin tries to pull his away.
“If you think it’s bullshit, there’s no point in talking about it.” Others in the room try to assuage Lewin’s hurt feelings, but not Jobs. His mind is already elsewhere. “Can we do something really important?” he is asking. “Can we get that electric outlet fixed?”

The New York Times has made available the entire article (27 pages), as Chapter 2 from Nocera’s 2008 book, Good Guys and Bad Guys. You can check out the full chapter here in PDF format. Happy Saturday.

Since the advent of the PlayStation 5, I’ve been impressed with Sony’s new DualSense controller. It’s quickly entered the upper echelon of controllers as far as I’m concerned. Bringing haptics and adaptive triggers and leveraging comfort, the DualSense really elevated my experience in the PlayStation ecosystem. However, I’ve also long been a proponent of the...
Steve Vegvari
24 mins ago