It is well known that all four of the major wireless carriers in Canada, Rogers, Fido, Telus, and Bell, now sell the iPhone. It is also known that Virgin Mobile, owned by Bell Canada, is also planning to sell the iPhone in Canada in 2010. What isn’t known is when exactly Virgin plans to sell and for how much.

Taking a look at the website for retail company The Source (also owned by Bell Canada), a reseller of mobile devices, it seems that a Virgin Mobile iPhone may be here soon. The Source website lists the following iPhones and prices:

The listed iPhone prices are the outright prices for the device, which is similar to pricing found at the other wireless carriers and at Apple Stores.

If Virgin goes ahead with a launch, and it certainly seems like they will, that will make five Canadian wireless carriers supporting the iPhone! Next up, price plans. 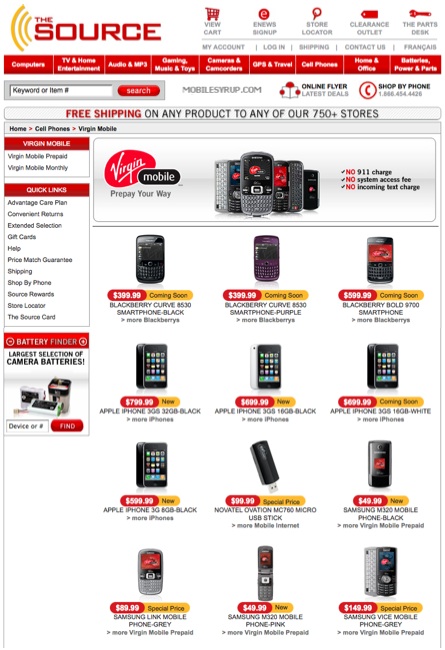