Future iPhones Could be Thinner and More Secure, Reveal Patents

A couple of new Apple patent filings suggest that future iPhones will not only be thinner but will be more secure as well, thanks to Apple’s two unique inventions which cover a new type of split-sensor camera and adaptive security profiles, AppleInsider is reporting. The first application details a camera comprised of two distinct sensors, while the second one details how a mobile device could automatically enable or disable certain security protocols based on location. 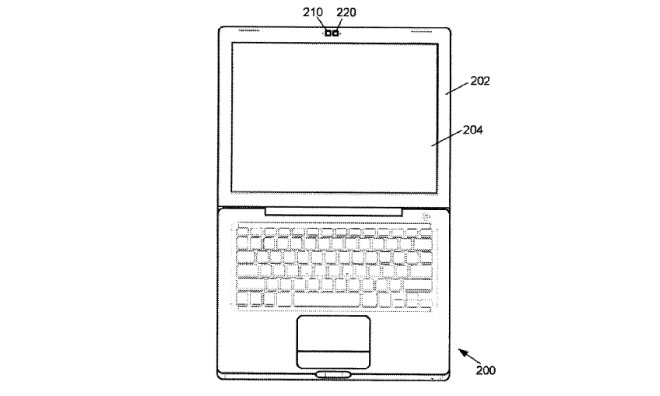 The first Apple patent filing published by the U.S. Patent and Trademark Office is titled “Electronic device with two image sensors”, which details a camera comprised of two sensors, one for capturing the brightness data, and the other for capturing colour information. The final image would be created by combining the data captured by each sensor. Apple says that the split design would allow for improved signal-to-noise ratio resulting in increased image quality.

“By splitting the camera into two, each module could be made thinner than a comparable camera with dual-purpose sensors embedded into the same module. This would allow the device housing the camera to be made correspondingly thinner. It could also help alleviate color reproduction issues caused by optical filters, and the overall assembly might be less costly.” 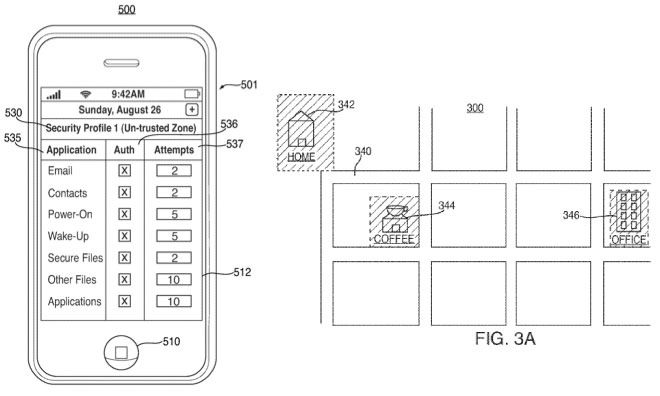 The second application titled “Electronic devices having adaptive security profiles and methods for selecting the same,” describes how a mobile device could enable or disable defined security protocols automatically depending on the device’s location.

“For example, an iPhone could require a simple four-digit passcode while in a user’s home but insist on a fingerprint for authentication once it leaves that area. For more fine-grained security, users would be able to define several different profiles that apply to individual apps and types of data. SMS data could be subject to different access requirements than email data, for instance.”

Apple notes that users could manually configure geofenced areas, that would “allow for dynamically determining” of where the device is expected to be at a specified time.