Apple claims that Samsung is infringing on at least 4 of its major design patents, 3 of its feature patents with over 20 different devices. While it all sounds kind of complicated and confusing, a single gigantic chart easy enough to understand (shown below), gives you a good idea about just how many patents we’re talking about, and which ones apply to which device (via CNET). 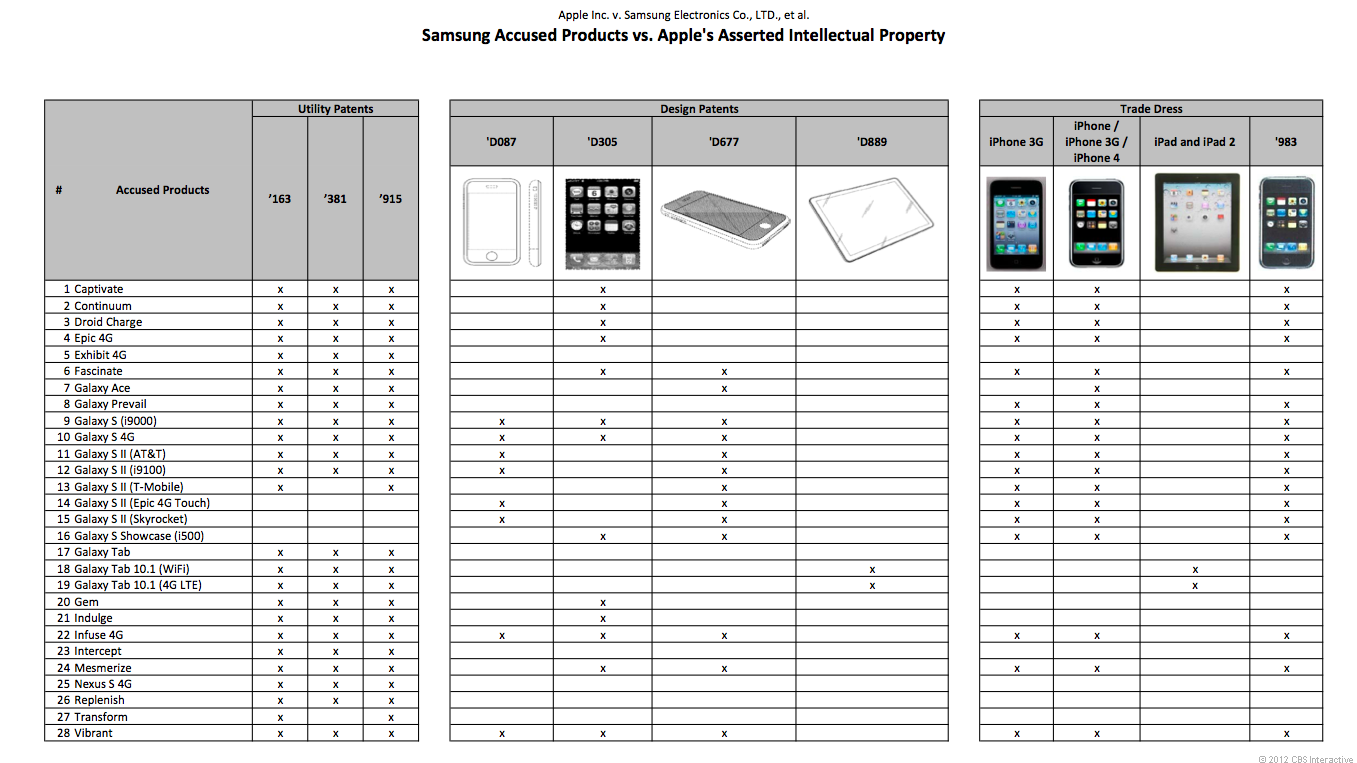 The chart was included in conjunction with damages Apple wants Samsung to pay to the tune of $2.5 billion. That sum was explained in court today by Terry Musika, who Apple hired to analyze when the allegedly infringing devices were released and determine how much money those devices might have brought into Apple from missed sales, and perhaps patent royalties.

Shortly after this was introduced into evidence, U.S. District Judge Lucy Koh dropped three of these phones — the Galaxy Ace, Galaxy S (i9000), and Galaxy S (i9100) — from the responsibility of Samsung Telecommunications America and Samsung Electronics America, which are two of the three Samsung companies involved in this case. The phones remain in play for Samsung Electronics Co., which is based in Korea.

The trial will resume tomorrow and is expected to run through next week.