According to Patently Apple, USPTO has published some new patent applications from Apple today which suggest that Thunderbolt I/O technology is coming to iOS devices. The Thunderbolt technology was originally developed by Intel and was first brought to the market with technical collaboration by Apple. It appears that Apple is now focusing on bringing Thunderbolt to iOS devices so as to provide faster data transfers and more importantly, faster recharging. 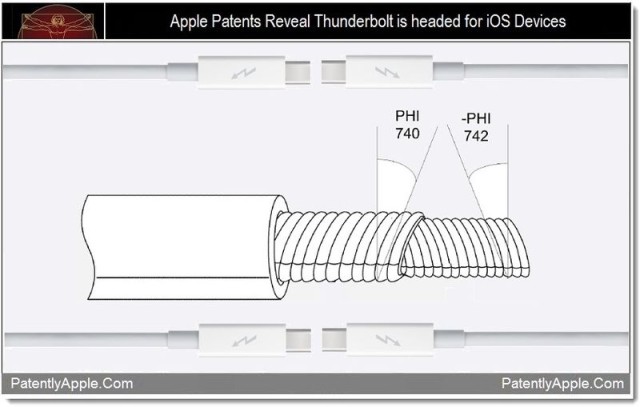 Is Thunderbolt Headed for iOS Devices?

Before going into the details of this main patent in their series of three, it should be noted that Apple states in their secondary patent application that “the present invention, connection may also be a new type of connection.” For example, “a connection may be provided between a portable media player and a display, a computer and a portable media player, or between other types of devices.” Of course if this is to apply to future iOS devices, as suggested in the quote above, Apple will have to reengineer the connector to be flat enough to fit a USB-type of device slot. The good news is that transferring data to and from an iOS device will be lighting fast as will recharging.

Apple’s Thunderbolt-related patents also point at high speed connector inserts and cables having improved heat conduction, high strength which may be manufactured in a reliable manner. 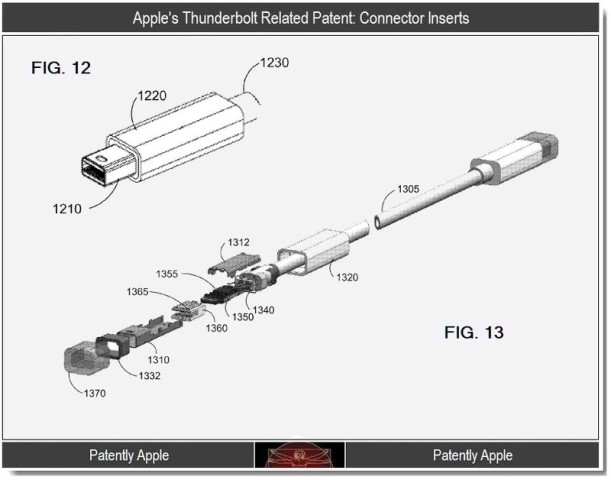