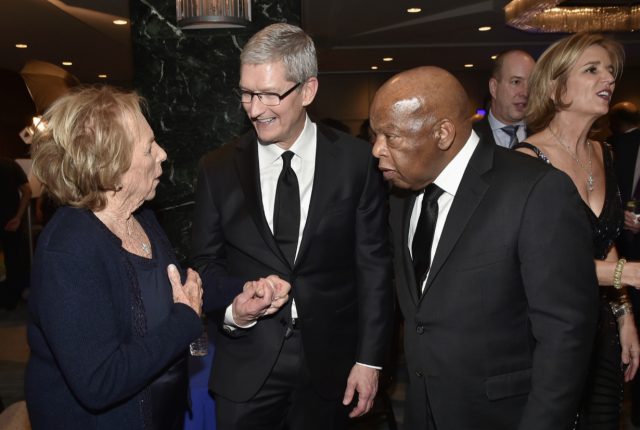 On Tuesday night, Apple CEO Tim Cook accepted the 2015 Ripple of Hope Award at the Robert F. Kennedy Center for Justice and Human Rights and spoke for almost 12 minutes, touching on the headlines of the day and the importance of social change, Bloomberg reports.

During his speech, Cook highlighted how discrimination affects the lives of millions of people, “leaving them vulnerable to being fired or evicted because of who they are or who they love.”

“Today, some in our country would turn away innocent men, women and children seeking refuge,” Cook said, “regardless of how many background checks they may submit to, simply based on where they were born. Victims of war and now victims of fear and misunderstanding.”

“Today, too many children are denied access to quality education simply because of the zip code they live in. They begin their lives facing strong headwinds and disadvantage they did nothing to deserve. We could do better, Robert Kennedy would say, and because we can do better, we must act.”

He also praised Robert F. Kennedy, noting that he has two photographs of Kennedy on his office wall, which he looks at every day. “I think about his example, what it means to me as an American, but also more specifically, to my role as Apple CEO,” Cook said.

You can read more about his speech on Bloomberg.