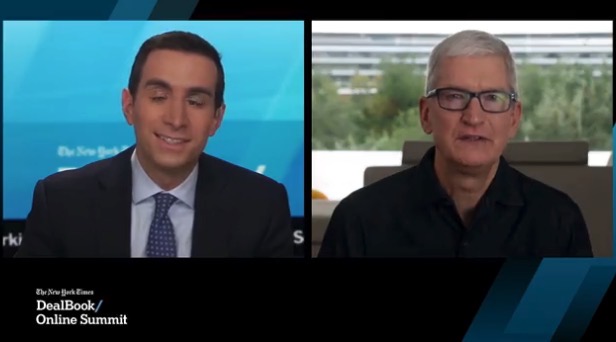 “Do you own crypto or any Bitcoin, Ethereum, would you play around with this?”, asked Sorkin. Cook responded, “I do. Yeah, I think it’s reasonable to own it as a part of a diversified portfolio. And I’m not giving anybody investment advice by the way.”

Tim Cook of Apple reveals that he has personally invested in cryptocurrency. “I think it’s reasonable to own it as part of a diversified portfolio,” he said at the #DealBook Online Summit. https://t.co/xpahdlKfOe pic.twitter.com/CQpQgShu0x

Cook added Apple won’t be buying crypto anytime soon, however. “I don’t think people buy Apple stock to get exposure to crypto,” he said. Apple also has no plans to accept crypto payments anytime soon. “It’s not something we have immediate plans to do,” said Cook.

The Apple CEO did tease, “there are other things that we are definitely looking at.”

Currently, cryptocurrencies such as Bitcoin and Ethereum have reached all-time highs as of Tuesday morning.