In a testimony before the Senate’s Permanent Subcommittee on Investigations, CEO Tim Cook has defended the way Apple avoids paying U.S. taxes on money it earns overseas. The L.A. Times is reporting that Cook defended the company’s use of Irish subsidiaries to shelter billions of dollars in income from U.S. taxes saying “we pay all the taxes we owe — every single dollar”. 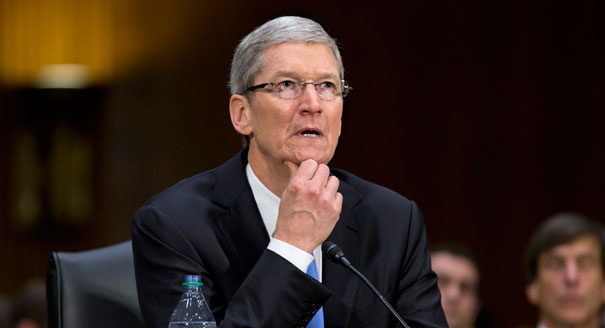 Cook said that Apple pays an extraordinary amount in U.S. taxes. Having paid nearly $6 billion last year, Apple has likely become the largest corporate income tax payer in the U.S, he added. “We are proud to be an American company, and we are equally proud of our contributions to the U.S. economy,” Cook said. “We not only comply with the laws but we comply with the spirit of the laws. We don’t depend on tax gimmicks,” he said.

Cook said the tax code “has not kept up with the digital age” and restricts the free movement of capital in comparison to the codes of other countries. He called for a “dramatic simplification of the corporate tax code,” including lower tax rates and a “reasonable tax on foreign earnings.”

He said Apple was “deeply committed to our country’s welfare.”

While the panel’s chairman, Sen. Carl Levin called Apple “an American success story”, he said that it doesn’t excuse the company’s tactics, which has lead it to avoid paying at least $9 billion in U.S. taxes in 2012.

“Apple executives want the public to focus on the U.S. taxes the company has paid, but the real issue is the billions in taxes it has not paid, thanks to offshore tax strategies whose purpose is tax avoidance, pure and simple,” Levin said.

Such tax avoidance by U.S. multinational companies hurts because it increases the federal budget deficit, forcing average Americans to make up the difference with a higher tax burden, he said.

Even thgough the subcommittee stopped short of accusing Apple of having broken any U.S. law, it finds the company to have circumvented the U.S. Tax Code’s Subpart F, whose purpose is “to prevent multinational corporations from shifting profits to tax havens to avoid U.S. tax.”