Tim Cook took aim at the EU’s Digital Markets Act (DMA) in a new interview, calling it a threat to the iPhone’s security. 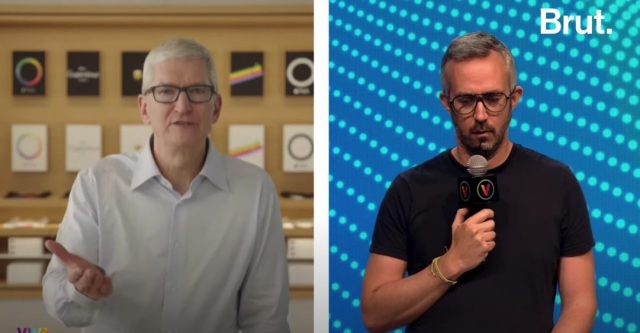 Speaking during the virtual VivaTech conference, the Apple CEO said that parts of the tough new law currently being developed in Brussels would not be in the “best interest of the user.” The DMA seeks to add greater controls around competition and antitrust rules in Europe and would target large tech companies including Apple.

During the interview — which can be seen below — Cook took issue with provisions in the DMA that could force Apple to open up the App Store and to allow users to download iPhone apps outside of this store.

“If you take an example of where I don’t think it’s in the best interest, that the current DMA language that is being discussed would force sideloading on the iPhone,” Cook said. “This would be an alternate way of getting apps onto the iPhone, as we look at that, that would destroy the security of the iPhone.”

Cook talked about Apple’s control of its App Store and how loosening that control would put users at a higher risk of malware.

“Look at malware as an example, and Android has 47 times more malware than iOS,” the exec explained. “Why is that? It’s because we’ve designed iOS in such a way that there’s one App Store and all of the apps are reviewed prior to going on the store.”

“At Apple, we always focus on the user and their best interest,” said Cook.