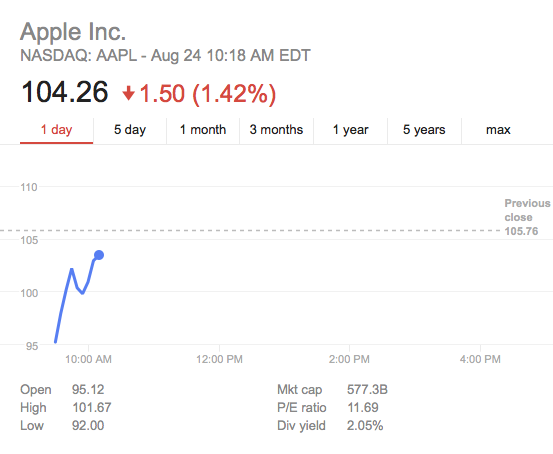 Apple’s stock price dropped below $100 in pre-market trading, with the entire stock market experiencing turbulence. When the markets opened Apple’s stock price was slightly above $101, but, as of writing this article, it is trading at $104.26. This morning Jim Cramer, the founder of TheStreet, host at Mad Money On CNBC questioned Apple’s growth in China, and receiving an email from no one else but Tim Cook, Apple CEO (via MacRumors).

While he had addressed his email to Jim, Cook was actually sending the message to Apple’s investors, reaffirming the company’s strong position in the market, stating, “As you know, we don’t give mid-quarter updates and we rarely comment on moves in Apple stock. But I know your question is on the minds of many investors.”

According to the update Cook shared with Cramer, China represents an unprecedented opportunity over the long term, as “LTE penetration is very low and most importantly the growth of the middle class over the next years will be huge.”