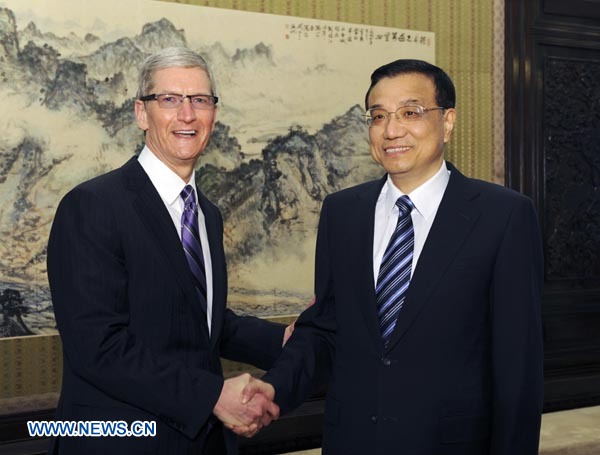 It was noted Tim Cook was in China to meet with government officials on Monday, now we have learned he met up with Chinese Vice Premier Li Keqiang in Beijing yesterday to talk about intellectual property issues, according to the WSJ:

Cook is there to talk about the Chinese iPad trademark dispute that involves Proview, backed by its creditors such as the Bank of China. Li promised China would further strengthen its intellectual property rights protection while Cook assured Apple would continue to conduct proper business in China.

It’s pretty crazy the Apple CEO gets the same treatment as foreign leaders do when meeting with top Chinese officials. Then again, Apple has considerable investments in China and also the Cupertino company wants closer ties to one of their important markets. It’s the perfect symbiotic relationship.

Check out the video below of the meeting: