Watson, a supercomputer from IBM, analysed the characteristics of 11 tech leaders from the likes of Apple, Amazon, Facebook Google and Microsoft, to generate a Personality Insights report. 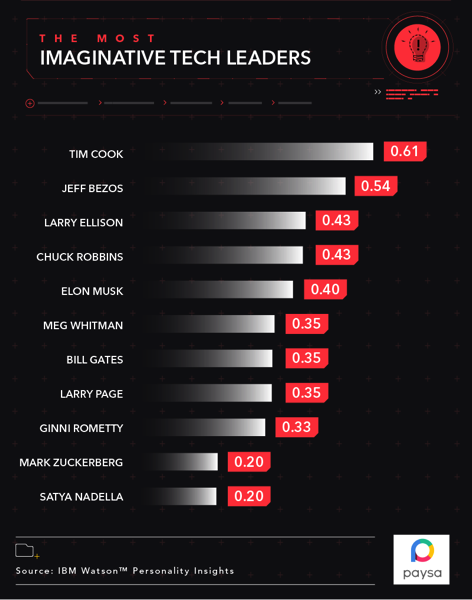 It examined their “speeches, essays, books, transcripts of interviews and other forms of communication” to generate a Personality Insights report. Cook emerged as the industry’s “most imaginative” leader, followed by Amazon’s Jeff Bezos, Oracle’s Larry Ellison and Cisco’s Chuck Robbins.

“Personality Insights extracts personality characteristics based on how a person writes,” according to IBM Watson’s website. “You can use the service to match individuals to other individuals, opportunities, and products, or tailor their experience with personalized messaging and recommendations.”

Experts say that Apple’s success comes from Jobs’ penchant for innovation and his imaginative thinking, whereas Cook has demonstrated his own prowess since taking over as CEO in 2011.