Following the announcement that United States President Donald Trump will phase out the Deferred Action for Childhood Arrivals (DACA) program over the course of the next six months, Apple CEO Tim Cook has sent an email to employees, pledging full support for those affected. The Trump administration has called on the Congress to replace DACA with new legislation by March next year (via MacRumors). 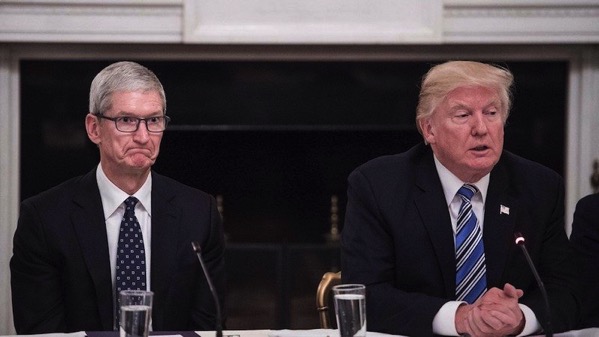 Cook has said that Apple will work with members of Congress to advocate for a legislative solution that will continue to protect the children of immigrants. He also noted in his email that Apple is working with employees who have been affected by this announcement to provide support, including access to immigration experts.

Apple CEO also revealed on Twitter that Apple employs 250 “dreamers,” aka people who came to the U.S. at a young age when their undocumented parents immigrated to the country. “I stand with them. They deserve our respect as equals and a solution rooted in American values”, he tweeted.

Below is the email sent by Tim Cook to Apple employees:

America promises all its people the opportunity to achieve their dreams through hard work and perseverance. At Apple, we’ve dedicated ourselves to creating products that empower those dreams. And at our best, we aspire to be part of the promise that defines America.

Earlier today, the Justice Department announced that President Trump will cancel the Deferred Action for Childhood Arrivals (DACA) program in six months if Congress does not act to make the program permanent.

I am deeply dismayed that 800,000 Americans — including more than 250 of our Apple coworkers — may soon find themselves cast out of the only country they’ve ever called home.

DACA recognizes that people who arrived in the United States as children should not be punished for being here illegally. It lets these Americans, who have successfully completed rigorous background investigations, go to school, earn a living, support their families, pay taxes and work toward achieving their dreams like the rest of us. They are called Dreamers, and regardless of where they were born, they deserve our respect as equals.

I’ve received several notes over the weekend from Dreamers within Apple. Some told me they came to the U.S. as young as two years old, while others recounted they don’t even remember a time they were not in this country.

Dreamers who work at Apple may have been born in Canada or Mexico, Kenya or Mongolia, but America is the only home they’ve ever known. They grew up in our cities and towns, and hold degrees from colleges across the country. They now work for Apple in 28 states.

They help customers in our retail stores. They engineer the products people love and they’re building Apple’s future as part of our R&D teams. They contribute to our company, our economy and our communities just as much as you and I do. Their dreams are our dreams.

I want to assure you that Apple will work with members of Congress from both parties to advocate for a legislative solution that provides permanent protections for all the Dreamers in our country.

We are also working closely with each of our co-workers to provide them and their families the support they need, including the advice of immigration experts.

On behalf of the hundreds of employees at Apple whose futures are at stake; on behalf of their colleagues and on behalf of the millions more across America who believe, as we do, in the power of dreams, we issue an urgent plea for our leaders in Washington to protect the Dreamers so their futures can never be put at risk in this way again.

Despite this setback for our nation, I’m confident that American values will prevail and we will continue our tradition of welcoming immigrants from all nations. I’ll do whatever I can to assure this outcome.

If a new solution isn’t offered by Congress, people who grew up in the U.S. and have lived in the country since childhood, could face deportation by early next year.

Apple supplier Murata Manufacturing Co. expects the tech giant to further cut iPhone 14 production in the coming months due to weakening demand — reports Bloomberg. Demand for some of Apple's latest iPhones has been underwhelming, with the company previously trimming iPhone 14 Plus orders by 40%. The waning demand is a function of stunted...
Nehal Malik
15 mins ago