Apple CEO Tim Cook will reportedly visit Turkey in February next year, accompanied by select Apple executives, to meet with President Abdullah Gül over the country’s so-called “FATIH Project” and discuss a potential iPad in education deal worth over $4 billion, according to a Turkish publication (via AppleInsider). The publication notes that Turkey’s educational project seeks to replace blackboards and textbooks with modern computing devices. 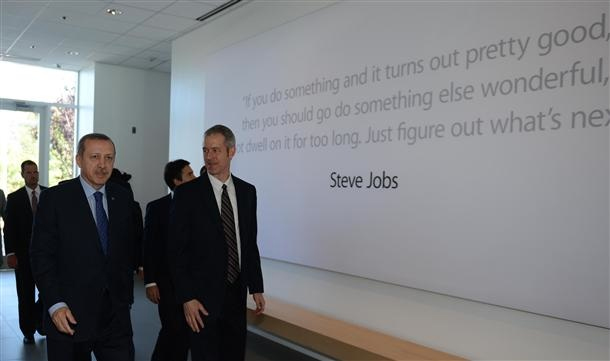 Turkish Prime Minister Recep Tayyip Erdo?an visited the Apple headquarters earlier this year, to inspect the Cupertino tech giant’s latest technological advancements before putting out a bid for the FATIH project. It is said that along with the Presidential meeting, Tim Cook is also planning to visit Turkey’s first Apple Store in Istanbul’s Zorlu Center, which is set to open early next year.

“The program’s initial phase calls for the acquisition of 10.6 million tablets and could be followed by another purchase of between 2 to 2.5 million iPads. In total, the initiative is scheduled to roll out over a four-year period and is expected to cost between $3 and $4 billion.”

The 21,500-square-foot Apple Store in Istanbul is believed to feature an all-glass cube-like cap structure similar to the famous Fifth Avenue store in New York.