Apple CEO Tim Cook made an appearance at the University of Glasgow to receive an honorary degree, which was followed by fireside Q&A session with the students. He answered questions about coding in school, Steve Jobs, Apple’s role in activism and more. He also condemned the Donald Trump immigration order, saying that ‘if we stand and say nothing, we become a part of it’ (via 9to5Mac). 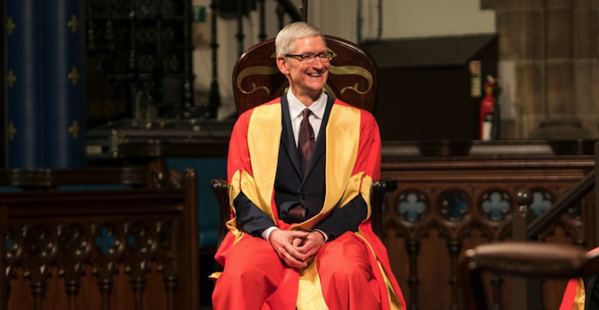 Cook went on to talk more about Jobs’ legacy and how his philosophy is very much still embedded in Apple and will be for years to come.

“Steve’s DNA will always be the core of Apple. Steve is deeply embedded in the company. We celebrate him and we celebrate his philosophy. His philosophy will be at Apple 100 years from now. The philosophy is sort of passed down with every generation. Yes, he’s very much at Apple.”

Check out the hour-long event video below, which also shows the university presenting Cook with his honorary degree: