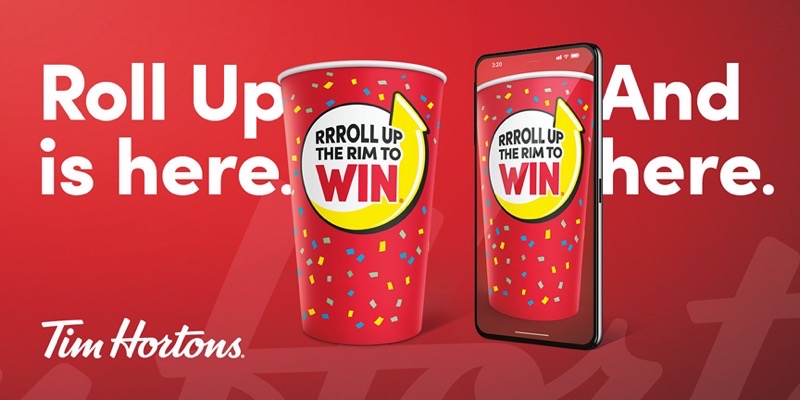 Tim Hortons and its annual ‘Roll Up the Rim’ contest is moving towards digital entries, with this year marking the first time users can enter both online on the web and via its mobile apps on iOS and Android.

For 2020, Roll Up the Rim to Win starts March 11 and goes for four weeks until April 7, with entries available via physical cups, online and through its mobile apps.

But the physical Roll Up the Rim cups will only be available for the first two weeks, while the last two weeks will move to online and mobile app entries only, part of the company’s move towards sustainability after public backlash over the physical cup component of the contest (such as last year).

This is a great initiative and I think that @TimHortons should definitely rethink their environmental impact as a company. #rolluptherim #bettercup https://t.co/Tg5IC6V8Z6

“The contest will allow for a combination of paper, digital and sustainable play – and of course still fun with millions of exciting prizes available to be won. We will reward guests who make the sustainable choice by using a reusable cup and scanning their Tims Rewards card with three digital rolls,” said Hope Bagozzi, Chief Marketing Officer, Tim Hortons.

Tim Hortons will also be pushing customers to enter by bringing reusable cups, so it is giving away 1.8 million of them starting March 10.

How will the 2020 Tim Hortons Roll Up the Rim contest work this year? Here’s a summary from Tim Hortons:

Essentially, using the Tim Hortons mobile app gives you a roll, while you also get one with a paper cup, for two rolls possible during the first two weeks.

During the last two weeks, a paper cup and Tim Hortons app will only get you one roll on the app.

However, for all four weeks, those using a reusable cup and the Tim Hortons app can get 3 rolls total, via the company’s mobile app.

Here is the list of prizes to be won:

It’s definitely a good idea to make the contest go digital because so many paper cups are wasted during the contest every year (on a side note: friends don’t let friends drink Tim Hortons coffee).