After serving at Apple for decades, Apple’s legendary design chief Jony Ive is leaving the company to start his own design studio later this year, and although Apple will be among Ive’s new firm’s primary clients, his departure marks the biggest change to Apple’s leadership since the death of Steve Jobs in 2011. 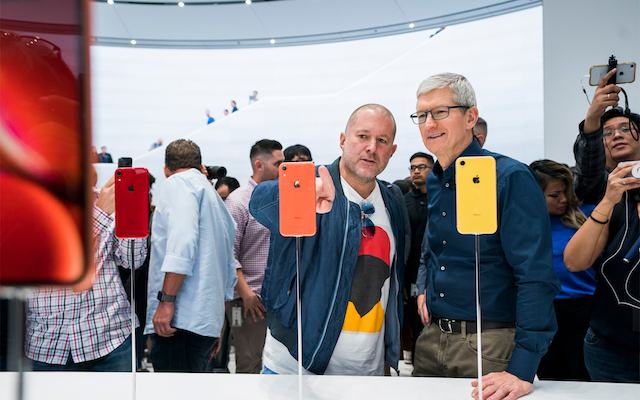 In an internal email sent out to employees, Apple CEO Tim Cook has shared his thoughts on Ive’s departure saying “We will all benefit — as individuals who value great design, and as a company — as he pursues his passions and continues his dedicated work with Apple.”

Below is Cook’s full email to employees on the iconic designer’s departure from Apple (via BuzzFeed News).

I’m writing to let you know about some changes to the ET involving two people who embody Apple’s values and whose work will help define Apple’s future.

I’m happy to announce that Sabih Khan has been named to the executive team as senior vice president of Operations reporting to Jeff Williams. Sabih has worked on every Apple product since the late 90s, always committed to delighting our customers while advancing quality, sustainability and responsibility in manufacturing. His team makes possible some of the most beloved — and most complex — products in the world, and Sabih leads them with heart. I am thrilled to have him overseeing our supply chain.

Today, we also mark another important evolution for our company. After nearly 30 years at Apple, Jony Ive is starting an independent design firm which will count Apple among its primary clients and will depart the company as an employee later this year. Jony’s contributions are legendary, from the central role he played in Apple’s revival beginning in the late 90s, through the iPhone and perhaps his most ambitious project, Apple Park, where he has put so much of his energy and care in the past few years. I am proud to call Jony a friend, and those who know him know his ideas and curiosities are boundless. We will all benefit — as individuals who value great design, and as a company — as he pursues his passions and continues his dedicated work with Apple.

Of all his accomplishments, Jony cites the team he helped to build as one of his proudest. His longtime collaborators, Evans Hankey and Alan Dye, are strong stewards of Apple’s design ethic and creative culture. Collaboration and teamwork are defining features of Apple’s success across the company.

Evans and Alan will report to Jeff Williams. As many of you know, Jony and Jeff have been close collaborators and partners for many years. In particular, Jeff’s leadership in developing Apple Watch brought together a cross-organizational team, unprecedented in scope, to produce Apple’s most personal device ever. This is what Apple does at its best: elevating a category beyond its imagined limits, and revealing how a single device can be so much more than the sum of its parts. I’m incredibly excited about the design team’s work, both underway and yet to come.

The folks over at YouTube channel TechRax decided to blend Apple’s latest flagship iPhone 14 Pro in a durability experiment and see what happens. Earlier this week, the same folks tried to give the iPhone 14 Pro a facelift by sawing off the rear camera bump. The camera island on the back of this year’s iPhone 14...
Usman Qureshi
37 mins ago

Amazon has just offered a sneak peek at all of the games Prime Gaming subscribers will be able to access for free starting Saturday, October 1st. Prime Gaming is Amazon Prime's home for gamers. Benefits include in-game loot, free games every month, a free monthly channel subscription on Twitch, as well as all the benefits...
Usman Qureshi
47 mins ago