Last month Starbucks announced in its iPhone app description digital tipping was coming to Canada and as of last week, the service has gone live.

This option—which has been available in the U.S. since iOS 7—allows customers to tip their baristas if they choose to, when paying via the Starbucks iPhone app. After you make a payment with the app, you’ll receive a push notification alerting you of a tip option (no tip, $0.50, $1.00 or $2.00), as seen below: 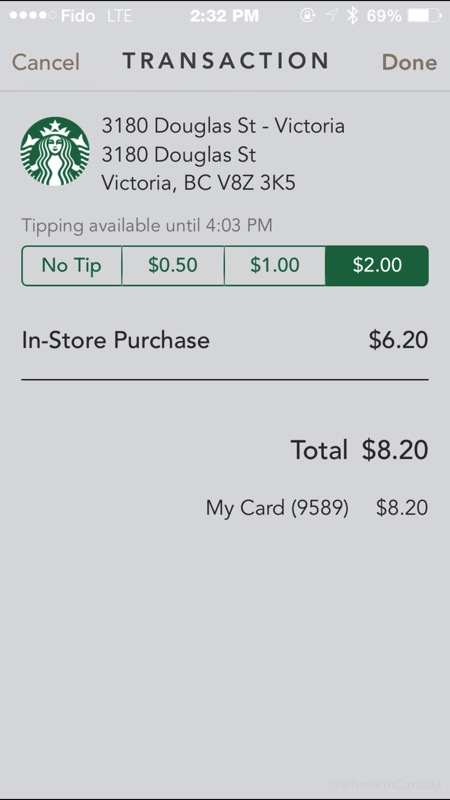 A notification also is shown within the Starbucks app’s home screen, reminding you of the option to leave a tip: 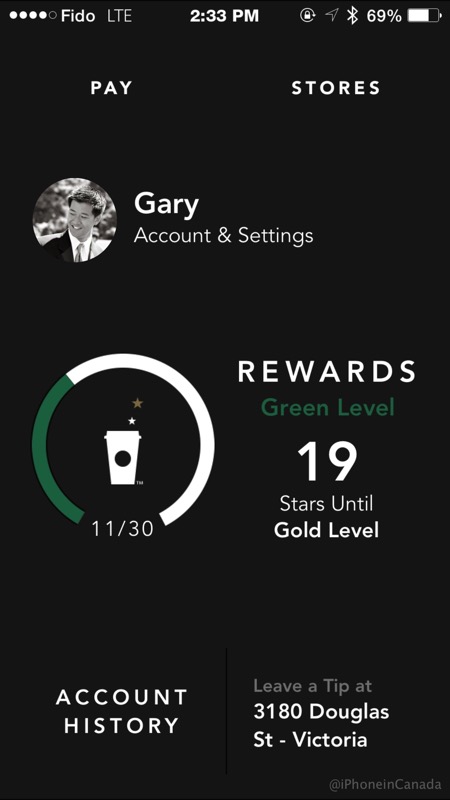 Let us know if you’ve tried this digital tip option at Starbucks yet. How often do you tip your baristas?