Netflix subscribers can now kick shell with Leonardo, Raphael, Donatello, and Michelangelo in the 80s-inspired beat ’em up TMNT: Shredder’s Revenge on their iOS and Android devices. 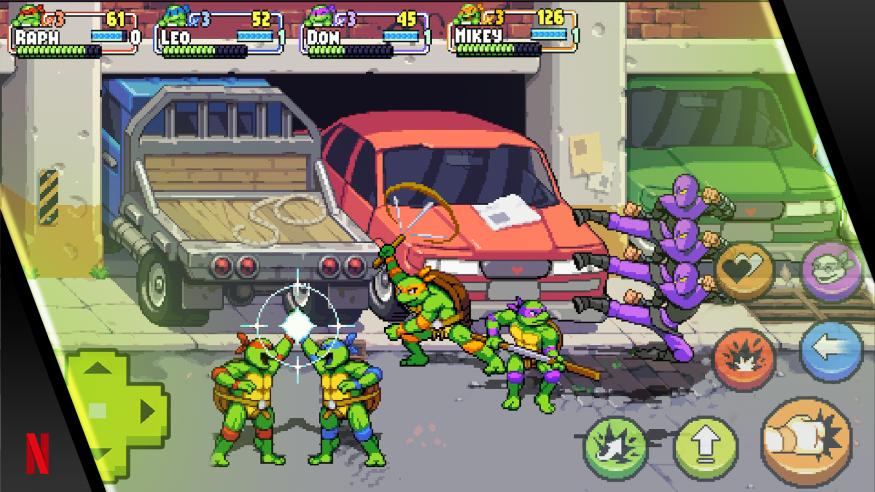 Battle as the Teenage Mutant Ninja Turtles to foil Krang and Shredder’s latest twisted plan. Brawl across a righteous range of classic TMNT locations in this beautifully rendered retro beat ’em up.

Smash your way through more than a dozen different levels and use your dangerous ninja combos to defeat classic enemies like Baxter Stockman or the Triceraton.

You can grab the game using the following App Store link.