In celebration of Computer Science Education Week, Apple is introducing a new Today at Apple session, Coding Lab for Kids: Code Your First App, at Apple Store locations around the world beginning December 5.

For those who aren’t familiar, the Today at Apple program offers free, daily in-store sessions that assist customers in unleashing their creativity and making the most of their devices. Anyone, including families and groups, can register at apple.co/coding-sessions.

“Around the world, our stores are centers for community, where people of all ages are invited to discover the most innovative products, learn new skills, and explore their creative passions,” said Deirdre O’Brien, Apple’s senior vice president of Retail + People.

During the lab, Apple Creative Pros will lead aspiring coders and their guardians in an interactive activity using iPad and Swift Playgrounds. 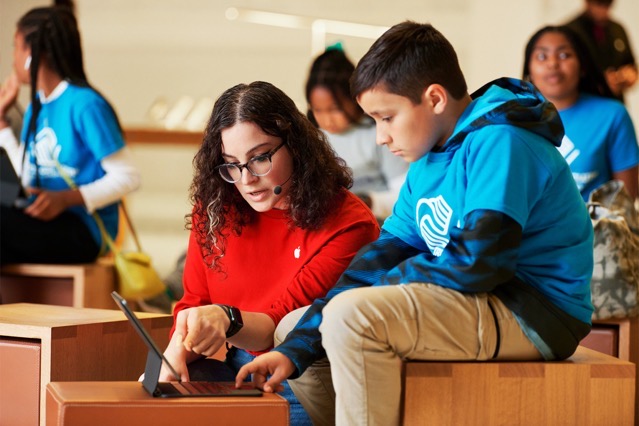 Working in the About Me playground, participants will use SwiftUI and a new, real-time app preview to customize and bring their app to life with fun fonts, background colors, Memoji, and more.

After its launch, the new lab will become part of Apple’s rotating Today at Apple programming, with sessions scheduled at convenient times for kids and families. 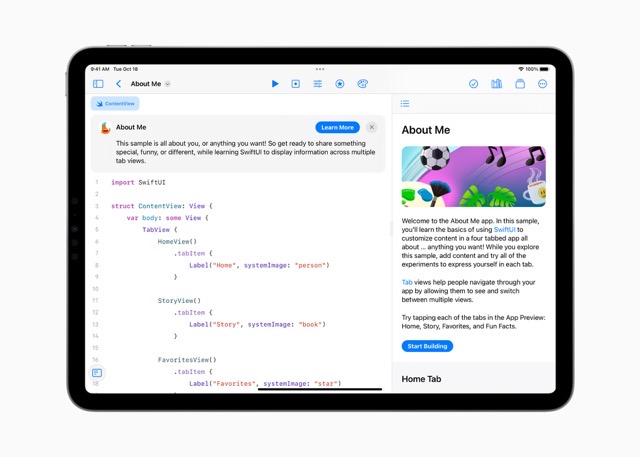 Earlier this year, independent analyses showed the iOS app economy continued its track record as an engine of economic growth and opportunity, supporting more than 2.2 million jobs in the US in 2021.

Aspiring entrepreneurs, developers, and designers can also propel their skills and businesses through the Apple Developer Academy. First established in Brazil in 2013, the academy now operates in 17 locations around the world, including Detroit; Naples, Italy; and Pohang, South Korea.