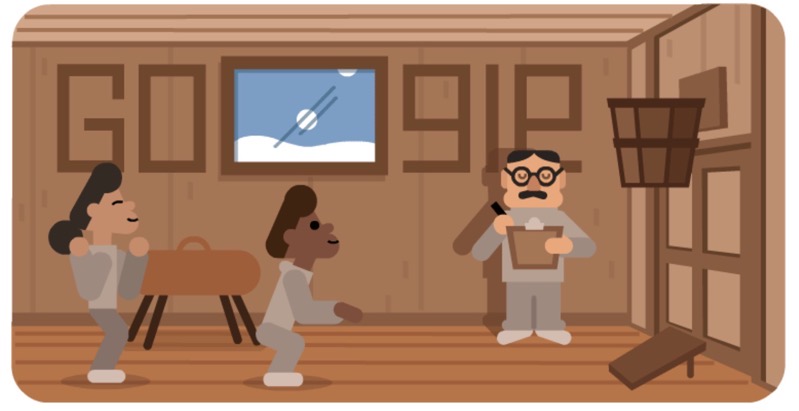 Here’s how Google Canada explains the significance of today’s Doodle, available on Google.ca:

Today’s Doodle celebrates Canadian-American physical educator, professor, doctor, and coach Dr. James Naismith, who invented the game of basketball in 1891. On this day of the following year, Naismith announced the new game and its original rules in the pages of “The Triangle,” a Springfield College school newspaper. From its humble beginnings in a school gymnasium, the sport has grown into an international colossus played in over 200 countries today.

Here’s how the Doodle looks on Google.ca right now: 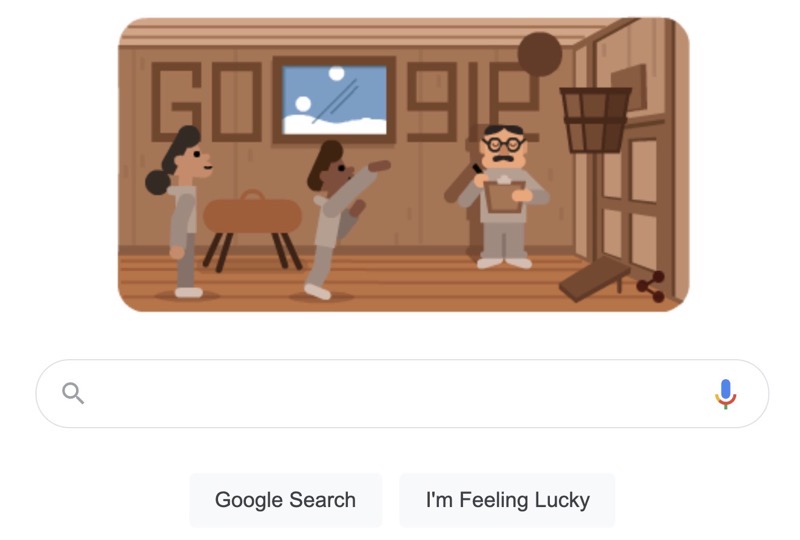 Naismith eventually earned a bachelor’s degree in physical education from McGill University in Montreal as well.

“Naismith envisioned basketball as a way for all students to better themselves physically and mentally. The sport was introduced in a time when schools were segregated, but Naismith saw everyone as someone with potential for the game. In his lifetime, he took steps to help basketball reach more young people, and it has since evolved into a global phenomenon that crosses racial and gender barriers,” explains Google, adding, “Here’s to Dr. James Naismith—thank you for creating one of the world’s favorite pastimes!”.

Everyone remembers watching the basketball Heritage Minutes clip above from ages ago on TV. Best YouTube comment from the video? “Still traveled less than James Harden.”