Sensor Tower’s latest App Store data has revealed that the top 1% of publishers accounted for nearly 80% of 29.6 billion global App Store downloads in the third quarter of 2019, leaving only 20% of downloads for the rest of the publishers (via TechCrunch). 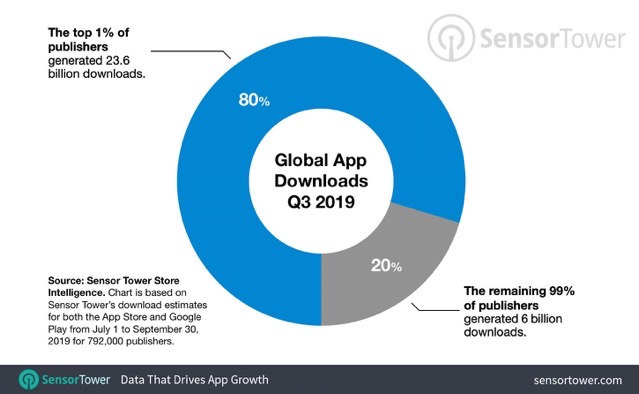 You can get more details on the latest App Store statistics from the Sensor Tower website.