The City of Toronto turned to the Ontario Superior Court of Justice requesting an order for Uber to stop all operations, reports the Globe and Mail. Speaking with the newspaper, Tracey Cook, Toronto’s executive director of municipal licensing and standards, said that they took action out of “concern for the safety of passengers and drivers.” 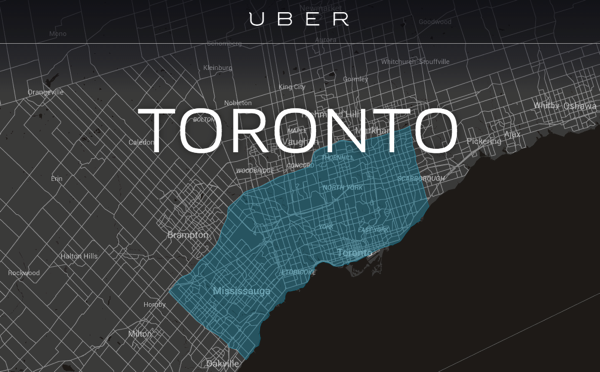 The city believes Uber operates an unregulated business, putting public safety at risk, and the city has the responsibility to ensure the safety of passengers, no matter how they hail a cab.

Uber’s case doesn’t look good: Toronto has 36 bylaw charges outstanding against Uber Canada, so they may succeed with the filing.

The Canadian arm of the popular ride-sharing company expressed its disappointment over the city’s move to attempt to halt its progress and limit consumer choice in Toronto.

“Torontonians have taken to Uber in droves because it offers something better than what bureaucrats and the taxi cartel have provided to date,” the statement read. “It’s disappointing that city bureaucrats have deployed expensive legal tactics to attempt to halt progress, limit consumer choice and force a broken transportation model on the public. We look forward to sitting down with the city and working to find a common sense approach to regulations that promote public safety and create a permanent home for Uber in Toronto.”

The popular taxi service has been present since 2012 in Toronto. More recently, the company made headlines when senior vice president Emil Michael suggested digging up dirt on the lives of journalists who criticized Uber in the US.