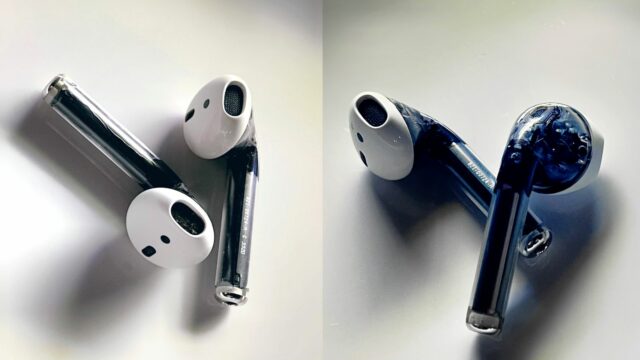 Giulio Zompetti, a collector of rare prototypes of various Apple gadgets, shared photos of transparent AirPods and a branded 29W power adapter on Twitter, explains a report from MacRumors.

The AirPods reveal a striking translucent design for the stem of Apple’s AirPods, complete with a white in-ear section. Given the long nature of the stem which was updated with AirPods 3, these clearly depict some of the earliest designs of the AirPods, and may even date to before 2016 and their original release.

It can be seen that the outer shell of the stem is made of see-through plastic. On the top, you can see how the earbud has a normal white plastic. The transparent casing is used by engineers to see what is going on inside the device.

And that’s all the info we’ve got. Would you buy a pair of translucent headphones if Apple made them? Let us know in the comments below.