Apple is working on a new ‘transparent texting’ technology that makes an iPhone’s screen transparent during messaging operations, allowing users a safer way to text while walking. According to an Apple patent application filed with the U.S. Patent and Trademark Office today, the transparent texting system can be enabled through the clever use of live video captured by an iPhone’s rear camera, AppleInsider reports. 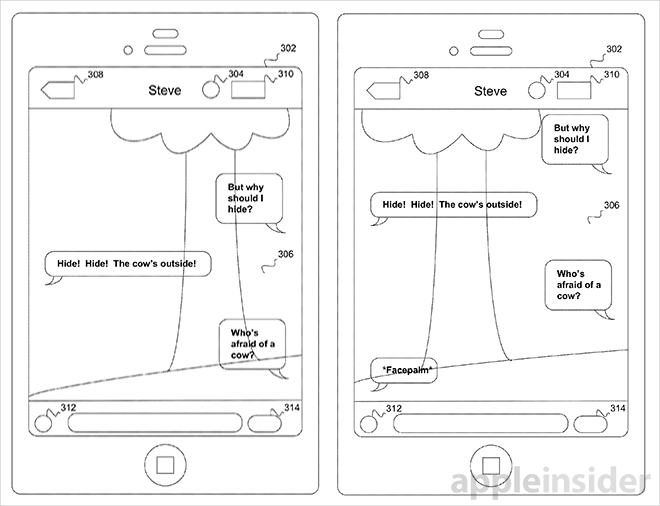 The filing describes that if smartphones were to have a transparent display, users would be more aware of their surroundings. Apple cleverly implements this by using an iPhone’s rear camera to continuously capture video and present the images as a background within a text messaging app currently being displayed. This would result in an illusion of a transparent display with floating text.

“In one embodiment, the live video background is displayed behind the usual dynamic user interface seen in iMessage, complete with colored bubbles denoting a chat session between two or more people. These bubbles may be opaque or, in some cases, partially transparent to allow greater visibility of the live background. The system can be activated via an in-app button that transforms the GUI from the normal white background to a live video version.

Extending the application beyond messaging apps, the live video feed can be used in other situations requiring a significant amount of visual concentration. For example, the implementation may be an option in the use of mobile Web browsers, where text and images would float over the live-view background.”

Would you like Apple to introduce such a feature in its next iOS build?