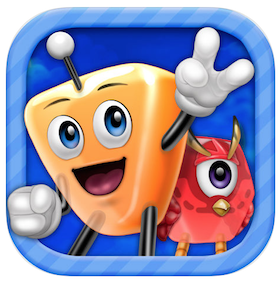 The original TRISM debuted the same day the App Store opened and played a major role in the early success of App Store, which is exactly why TRISM II got a special shoutout from Apple SVP Phil Schiller today on Twitter.

TRISM went on to chart in the Top 10 overall for many months, winning a landslide of industry awards. Among a number of media appearances, Apple featured Steve in an Apple keynote as the first of their AppStore developer showcase documentaries.

For those who aren’t familiar, TRISM II ($3.99) is a match-three game that builds on the first version with a narrative storyline and more. Check out the trailer below and let us know if it makes your nostalgic in the comments section.

Apple’s upcoming “M2 Max” chip was once again spotted on Geekbench's database on Thursday, this time indicating a more respectable jump in performance as compared to its predecessor, the M1 Max. Last week, the M2 Max chip showed up on Geekbench with a single-core score of 1,853 and a multi-core score of 13,855. The M1...
Nehal Malik
35 mins ago