A website named iPhoneception has come up with a harmless but funny iPhone pranklet (via TUAW) which can easily be installed on just about any iOS device you can get your hands on this April Fool’s day, unless it is locked with a Passcode. Best part is that you don’t even need an Apple ID to add it to someone’s device since the pranklet is basically just an interactive web page. 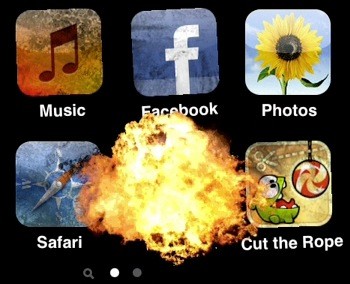 What the website does is that when you access it from an iOS browser, it lets you create one of four special effects that mimic the iPhone’s home screen, making users think that something deeply weird has happened to their unit.

You select the effect you wish to use (there are four, including explosions, gravity, kittens, and zombies) and create a homepage bookmark for it. Launch it from Springboard, press the lock button, and your prank is ready to go.

To get a better idea, check out the following video: