Twelve South Announces BookBook Cases for iPhone 6 and 6 Plus

Last month, Twelve South released their razor-thin SurfacePad jackets for iPhone 6 and 6 Plus and today, they have announced the all-new BookBook wallet cases for iPhone 6 and 6 Plus. Like its predecessors, the new BookBook has pockets to hold your ID, cards and cash, and can also fold into a display stand for FaceTime and watching videos. Another new feature is a removable soft-touch shell to protect your iPhone 6 or 6 Plus in or out of BookBook. 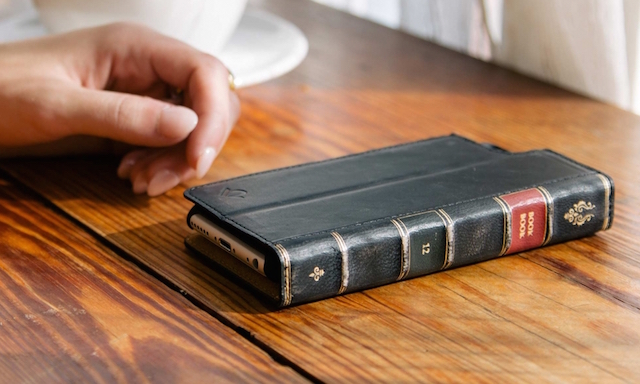 The wallet portion of the BookBook genuine leather case has five pockets (six for 6 Plus), including slots to hold your bank cards. There’s a handy window pocket that lets you flash your ID when needed. You also have a full-size pocket for cash, receipts or magnetic security cards. Inside BookBook, your iPhone snaps into a soft-touch shell. With a quick slide to the left, the shell lifts completely out.

“BookBook for iPhone 6 has you covered for any situation. Six-sided coverage keeps your iPhone safe and secure. A built-in wallet means you’ll have your bank cards with you when Apple Pay isn’t an option. A removable shell fits in your workout armband or dashboard clip. The built-in display stand means you can have an animated discussion about the new Star Wars trailer. It’s everything you want in a case… and more.”

The new BookBook cases are now available for both iPhone 6 and iPhone 6 Plus in Black and Brown colours for $59.99 at twelvesouth.com.