The highly anticipated final season of HBO’s Game of Thrones is set to premiere on April 14, 2019.

With a month and a half to go before the final eighth season debuts, Twitter has released this morning new emojis and character art for fans to use, unlocked with specific hashtags.

Check out the full list of 20 new Twitter emojis below, which you can use yourself by tweeting out the following hashtag:

You can see these 20 Twitter emojis in action below: 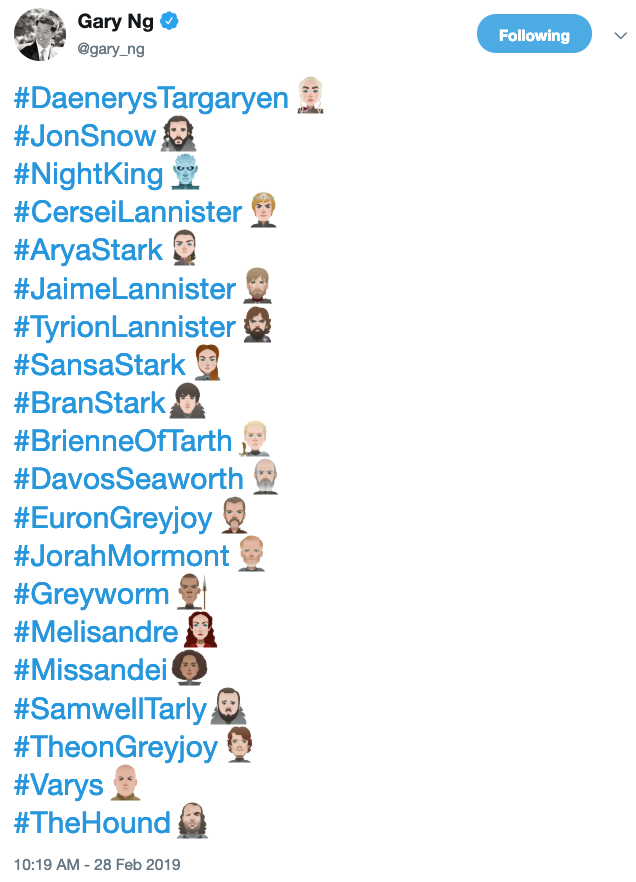 The Game of Thrones Twitter account also has new character art to accompany each emoji and a quote, seen below:

HBO Canada streaming rights are owned by Bell Media, so that means viewing is only available via HBO on television or by streaming online via Crave.