Some big news today from Twitter, as the social network has announced its character limit has doubled to 280 characters for a small group of testers, as confirmed to iPhone in Canada by a Twitter Canada spokesperson.

Here’s what the company explains in a blog post:

We want every person around the world to easily express themselves on Twitter, so we’re doing something new: we’re going to try out a longer limit, 280 characters, in languages impacted by cramming (which is all except Japanese, Chinese, and Korean).

Twitter says the new 280 character limit is being tested only for “a small group right now”, but further explains tweets on average in English (34) are usually over double the characters than those in Japanese (15). When more characters are available, Twitter data says people tweet more often, as they don’t need to cram their thoughts into 140 characters.

See below comparing English versus French versus Japanese in the 140 character limit: 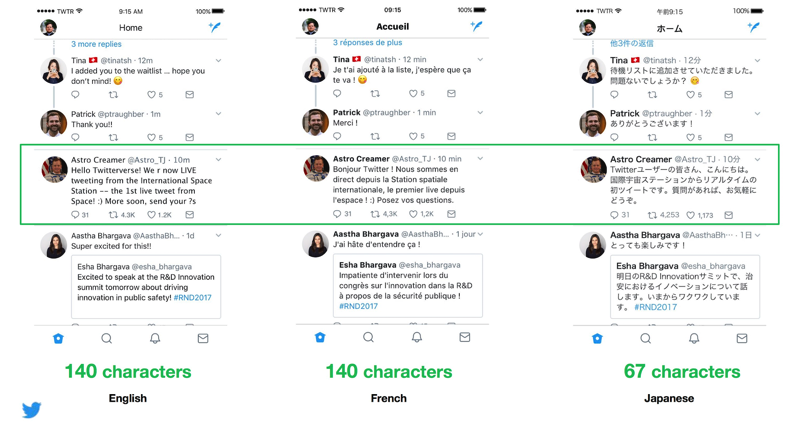 Now here’s what the new 280 character limit can do: 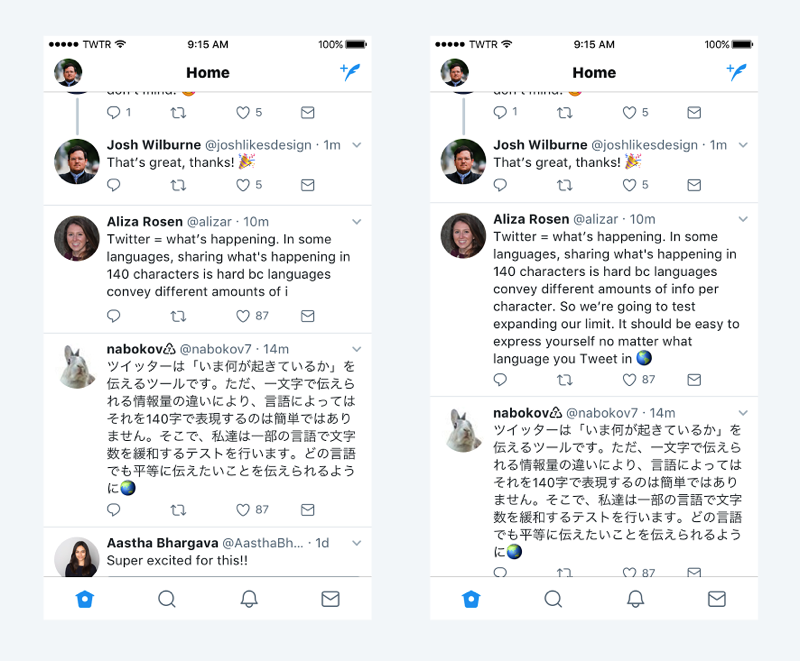 A small group of beta testers will be try the new character limit first, before they decide to launch for everyone. The company explains “We understand since many of you have been Tweeting for years, there may be an emotional attachment to 140 characters – we felt it, too. But we tried this, saw the power of what it will do, and fell in love with this new, still brief, constraint.”

What do you think about 280 characters now in your tweets?