Twitter has today announced the launch of a new Safety Mode to help users feel more comfortable and in control of their timeline. The new feature temporarily blocks accounts for seven days for using potentially harmful language, such as insults or hateful remarks. 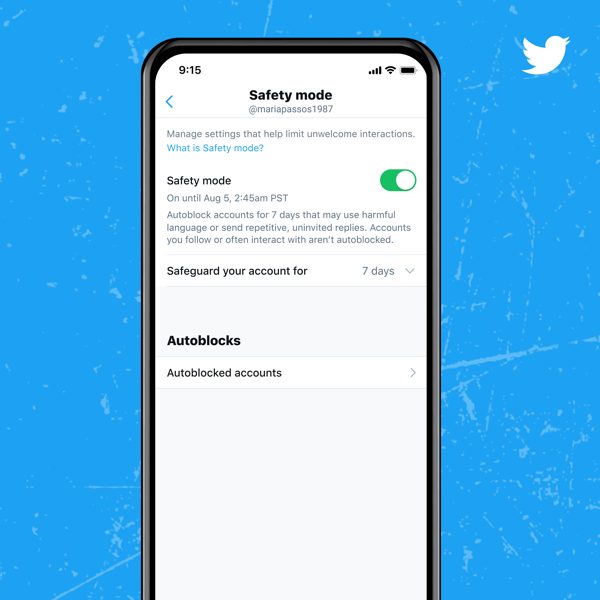 The feature also blocks accounts for sending repetitive and uninvited replies or mentions. Twitter says when the feature is turned on in your Settings, its systems will assess the likelihood of a negative engagement by considering both the Tweet’s content and the relationship between the Tweet author and replier.

Authors of Tweets found by our technology to be harmful or uninvited will be autoblocked, meaning they’ll temporarily be unable to follow your account, see your Tweets, or send you Direct Messages.

You can find information about the Tweets flagged through Safety Mode and view the details of temporarily blocked accounts at any time. Before each Safety Mode period ends, you’ll receive a notification recapping this information.

The social network says it will observe how Safety Mode is working and incorporate improvements and adjustments before bringing it to everyone on Twitter.

[caption id="attachment_322949" align="aligncenter" width="799"] Image: OpenMedia[/caption] OpenMedia on Friday encouraged Members of Parliament from all parties to support Bill C-288, which would require internet service providers (ISPs) to accurately report average broadband network performance to the public in each of the areas they serve. Bill C-288 comes from a private member and was tabled by...
Nehal Malik
21 mins ago