Twitter has today announced the launch of a new ‘Moments’ feature, that gives you a glance at the best of what’s happening on Twitter in an instant. The feature is current rolling out in the U.S., and helps you find the best of Twitter as easily as tapping an icon, regardless of who you follow. The company has explained to iPhone in Canada via email that the Canadian launch for Moments is yet to be determined, but said “we’re looking for a broader rollout in the coming months, with country-specific Moments in each market.” 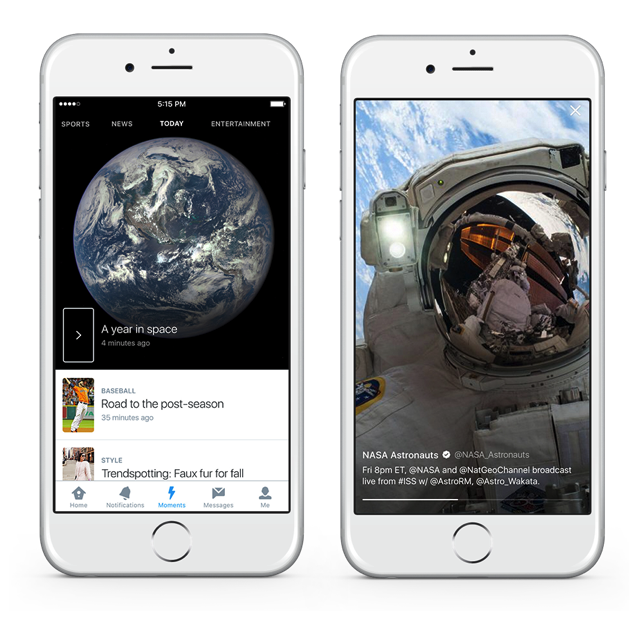 So how does the new feature work? Simply visit the new tab called Moments, where you will discover stories unfolding on Twitter. As new stories emerge throughout the day, Twitter will continue to update this list. You can also swipe through to topics such as “Entertainment” and “Sports” to find more stories from the past few days. Twitter has also explained on its official blog how you can engage with a Moment:

Currently, majority of moments are assembled by Twitter’s own curation team, while some are contributed by partners like Bleacher Report, Buzzfeed, Entertainment Weekly, Fox News, Getty Images, Mashable, MLB, NASA, New York Times, Vogue and the Washington Post. “While we’re working with a small group of partners now, we plan to expand it in the future”.

To read more about the Moments feature and how the desktop version works, click here.