Twitter has announced today that it is launching an app for the Apple TV 4, but it also targets other devices such as Amazon Fire TV and Microsoft’s Xbox One. The key feature of the Twitter app will be live streaming video available on the social media platform. 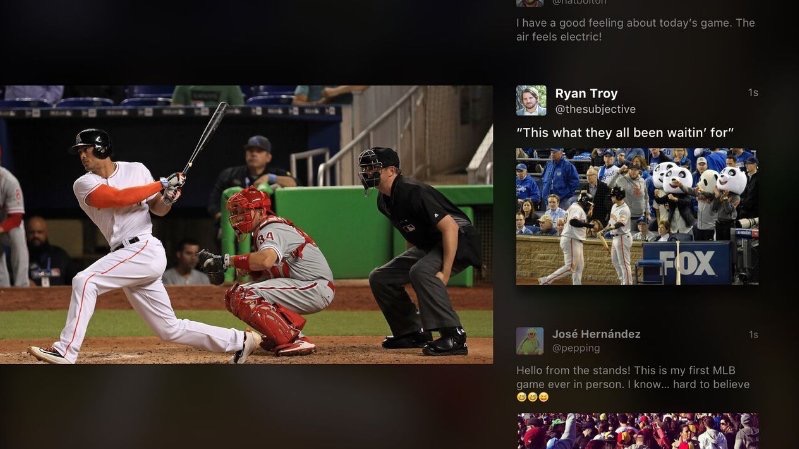 This includes live streams of 10 NFL Thursday Night Football games, as well as content from MLB Advanced Media, NBA, Pac 12 Networks, Campus Insiders, Cheddar and Bloomberg News, according to the press release, as well as other Twitter content such as top Tweets and top global Vines and Periscopes.

Apple TV 4 users will get an exclusive feature, though: They can enjoy live premium video and check out Tweeted video clips through a seamless side-by-side video experience.

“These devices will bring Twitter’s live streaming video experience to life on the TV screen,” said Anthony Noto, chief financial officer at Twitter. “Twitter has always been a great complement to TV, and now fans can enjoy even more premium video with live Tweets — and the best content on Twitter — right from their TVs. We’re excited to introduce this new experience to people, without requiring a paywall or having to log in to Twitter.”

The Apple TV app is available today in Canada (and worldwide). If you own an Xbox One, you are also in luck, but those who opted for an Amazon Fire TV or Fire TV Stick, will have to wait, because it’s only available in the US and the UK.