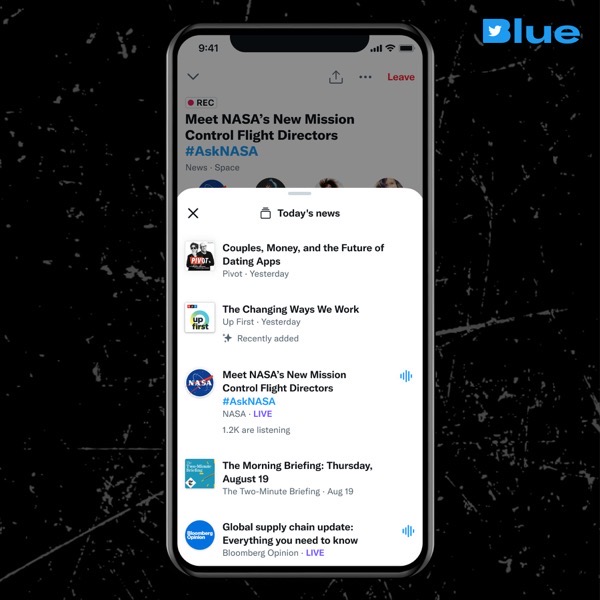 For those who don’t know, a Twitter Blue subscription offers a bunch of extra features to its subscribers and currently costs $6.49/month in Canada.

A couple of weeks back, Twitter started internally testing one of its most anticipated features of all time: an edit button. Once the feature goes live, Twitter Blue users will be able to edit tweets up to a maximum of five times within 30 minutes of posting them.

Starting today, Twitter Blue subscribers will also begin seeing the brand new Twitter Spaces tab. The tab will, however, only be visible to iOS users, with support for Android coming soon as well.

🆕 – @TwitterBlue subscribers on iOS (including those in 🇨🇦) will be getting our brand new @TwitterSpaces tab starting today https://t.co/D9Q5Mc1v0k

To learn more about all the new and early features available to Twitter Blue subscribers, visit this link.