Twitter Shares Most Mentioned “Made in Canada” Hashtags of 2015 [PIC]

Twitter Canada has revealed some stats for 2015, including the most mentioned “made in Canada” hashtags of the year. Below, you can see a top 10 list, with #cdnpoli topping the charts, followed by #BellLetsTalk, the latter’s charity cause to support mental health initiatives. 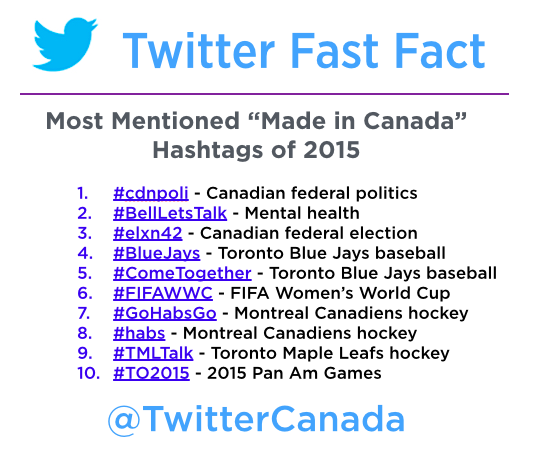 More insights on what happened in 2015 in Canada in the Twittersphere can be found here on the company’s blog post.