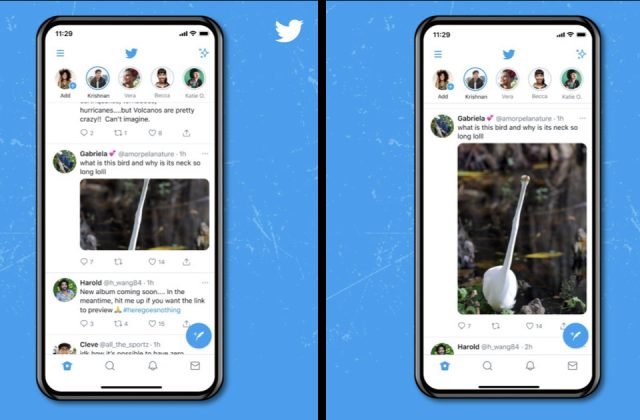 Twitter has announced that it is now eliminating image crop by introducing larger image previews. The change has already taken effect and users should now be able to see the full context of an image without having to click on it on both iOS and Android.

The announcement was made on Twitter where the official account tweeted, “no bird too tall, no crop too short introducing bigger and better images on iOS and Android, now available to everyone.” According to the account, images with 2:1 and 3:4 aspect ratios will no longer be cropped by the social media platform’s algorithm.

no bird too tall, no crop too short

introducing bigger and better images on iOS and Android, now available to everyone pic.twitter.com/2buHfhfRAx

For years, Twitter users have been having fun with Twitter’s image algorithm, so much so that the ‘open for a surprise’ meme was created and adopted by its users. Though, it comes as a fair trade-off to now be able to see the full context of an image right from the get-go and not be forced to navigate and click on the tweet.

open for a surprise pic.twitter.com/unVOwvR4HZ

In March, Twitter announced that it would be testing the larger image size with a select number of users. It appears as though the test went off without a hitch as the changes can now be used by anyone. Though, it’s important to keep in mind that the change in image size will only come into play when a single image is tweeted. Creating a tweet with two to four images will still result in the standard 2×2 grid with a limited preview.

Larger images can now be used on Twitter via iOS and Android devices.