Just ahead of the 2020 US Election, Twitter has announced significant product and policy updates which it believes will increase context and encourage more thoughtful consideration before Tweets are amplified. 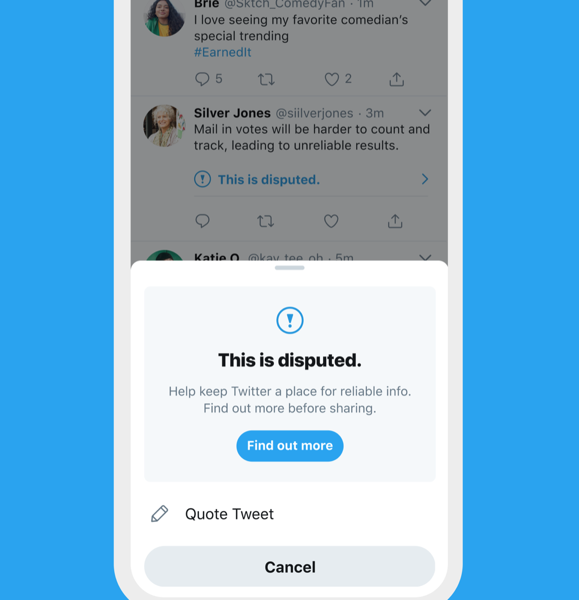 In an official blog, Twitter has said that it will “not allow anyone to use Twitter to manipulate or interfere in elections or other civic processes,” which is why it has also expanded its civic integrity policy “to address how we’ll handle misleading information surrounding these events.”

As we head into #Election2020, this morning we announced some important updates to our policy and to the product experience which you can read about in detail here: https://t.co/jG80d9DhLz

Under its new policy, Twitter will label Tweets that falsely claim a win for any candidate and will remove Tweets that encourage violence or call for people to interfere with election results.

We will now add additional warnings and restrictions on Tweets with a misleading information label from US political figures, US-based accounts with more than 100,000 followers, or that obtain significant engagement. People must tap through a warning to see these Tweets, and then will only be able to Quote Tweet; likes, Retweets and replies will be turned off, and these Tweets won’t be algorithmically recommended by Twitter.

You can visit this link to learn in detail about Twitter’s updated policies.