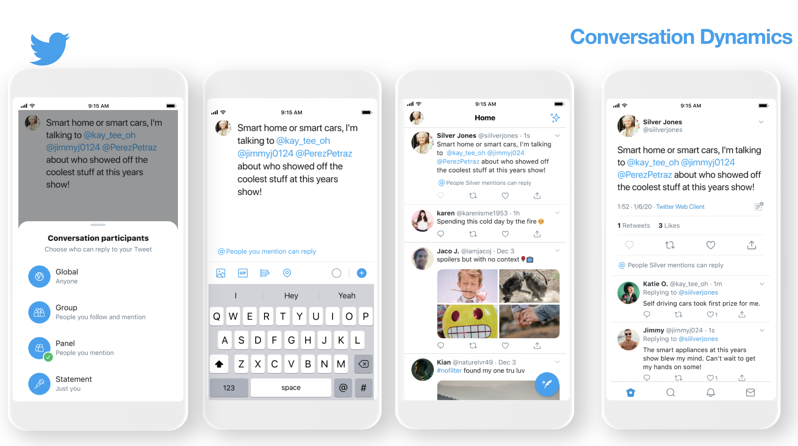 Twitter announced at the Consumer Electronics Show (CES) in Las Vegas today new controls are coming for users, related to who can reply to your tweets.

According to Twitter’s director of product management, Suzanne Xie, new changes are coming to conversations, according to The Verge.

Soon, the Twitter compose screen will have a new option for ‘Conversation Participants’, with four options:

Twitter says it will test this feature in the first quarter and eventually expand the setting globally later in 2020.

The feature potentially aims to fix abuse and harassment by users on Twitter, by limiting who can reply to your tweets. When asked about how the feature could limit corrections to misinformation, Twitter stressed users could still use the quote tweet as one possible solution.

Also coming soon to all users is a conversation interface first tested in the beta ‘twttr’ app, which debuted during last year’s CES, which aims to make conversations easier to follow, through a simpler visual design.