Twitter’s new prototype app ‘twttr’, that was first introduced at the CES conference in January, is being rolled out to the first batch of beta testers starting today (via TechCrunch). The app’s rollout was announced by the company on Twitter this afternoon with a primary focus on testing new designs for conversations.

Our prototype app, twttr, launches to the first group of participants today. #LetsHaveAConvo about new features to build a better Twitter together.

As demonstrated by Twitter at CES, the prototype twttr app will show a different format for replies, where conversations themselves have a more rounded chat-like shape and are indented so they’re easier to follow. Engagements, sharing options and other tweet details are hidden from view in order to simplify reading through long threads. 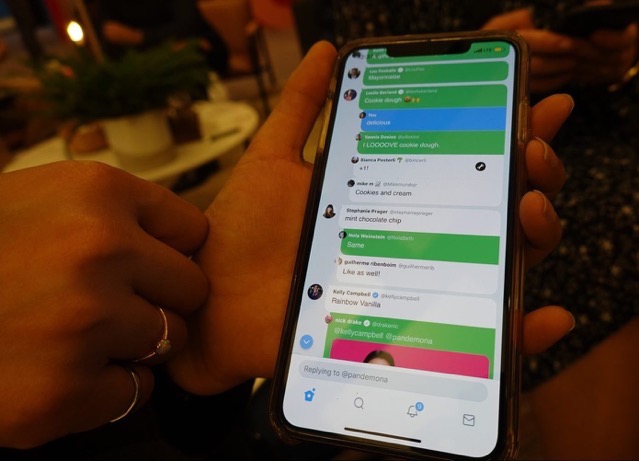 The app also shows colour-coded replies to designate those from the original poster as well as those Twitter users you personally follow, all aimed at offering better visual cues to readers who are trying to follow a lengthy thread.

Twitter says the first group of testers will receive an email invite sometime over the next few days. Once received, users have to click a link to confirm their participation, then await another email invite from Apple’s TestFlight.

If you want to test the new app, you can apply at this link as Twitter is still accepting applications as of today.