Earlier this year, Twitter and the PGA Tour announced an exclusive global agreement to stream over 70 hours of live competition in Canada and beyond.

Today, both parties have announced they have renewed this agreement for the 2017-18 season, which again will see 31 tournaments streamed with over 70 hours of live coverage for free.

Streaming will again begin with the CareerBuilder Challenge, debuting on January 18, 2018, and end with the season-ending TOUR Championship next fall. Again, we will see the first 60 to 90 minutes from early Thursday and Friday morning rounds, in Canada and globally. 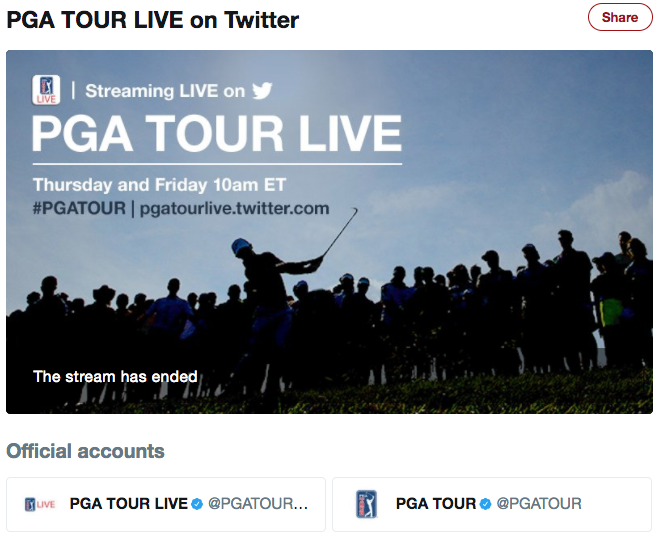 “We have seen tremendous growth of PGA TOUR LIVE during our streaming partnership with Twitter,” said Rick Anderson, Chief Media Officer of the PGA TOUR, in a press release. “The positive feedback from our fans was resounding following the initial year of streaming PGA TOUR LIVE to Twitter’s global audience. We look forward to continuing the relationship to reach new audiences and driving new value for our advertisers.”

Live coverage will be available globally at PGATOURLIVE.twitter.com and via @PGATOUR.

“We are very excited to collaborate with the PGA TOUR once again to bring live golf to Twitter,” said Todd Swidler, Global Head of Live Video Business at Twitter.