U2’s Bono, who recently sat down for an exclusive interview with Dave Fanning on the Irish radio station 2FM, discussed a wide range of topics including 885 million iTunes accounts, a new music format and the criticism from “haters”, which was a result of Apple making U2’s new album Songs of Innocence available for free to iTunes users (via TUAW). 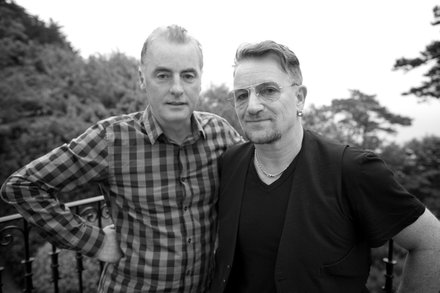 Bono said that it was actually “mission accomplished”, as the whole idea of the promotion was to get the album heard by as many people as possible. Thanks to the Apple deal, U2’s new album has already been downloaded by 77 million users and the band’s Singles album is now in the top 10 of 14 different countries. During the interview, Bono also gave us an update about the total number of iTunes accounts. According to him, that number today stands at 885 million.

As for the backlash, Bono expressed that it was all overblown.

“The same people who used to write on toilet walls when we were kids are now in the blogosphere. The blogosphere is enough to put you off of democracy [laughs]. But no, let people have their say. Why not? They’re the haters, we’re the lovers, we’re never going to agree.

Yes, it worked, and the only thing was this technological blip which was for some people [the album] didn’t just stay in the cloud, it hopped into their phone. Apple is very sorry about that. They sent people a way to delete it. It’s wonk. I mean, really. Come on.
…
I can say to them, no one has deleted more U2 songs in the last 5 years than the 4 members of U2.”

Speaking about a new artistic-themed music format, Bono said it will include high-res studio master downloads to boot. He also noted that this music format is supposedly years in the making. In fact, he claims the idea stretches all the way back to 2009 and had the blessing of Steve Jobs.

You can catch the full interview here.