U2 Denies Rumours of Participation with iPhone 6 Launch

Rumours have started circulating in the media suggesting that U2 will be involved in the forthcoming Apple event scheduled for September 9. First, there was the Sunday Times report stating that U2 has shot a video on Dublin’s Samuel Becket Bridge, which was followed by a blurry image of promoter Stephen Browne claiming that the focus of the video was a phone.

On top of that, he also tweeted that the new U2 album may be preloaded on the iPhone 6. Since then, the tweet has been deleted, alongside the image Browne tweeted, but not before it hit the blogs.

But this wasn’t the only source of the rumours: MacRumors points to a U2 fan site which was informed by Julian Lennon, son of John Lennon and friend of U2, that the band was shooting an Apple commercial.

CNET’s Shara Tibken added another twist to the U2 rumours: She says Bono may be the special musical guest at the Apple event. Considering the strong connection between Apple and Bono, plus Apple’s focus on music with the recent Beats acquisition, we may find this rumour to be credible.

However, a U2 spokeswoman speaking to the Irish Independent denied such rumours and speculation. 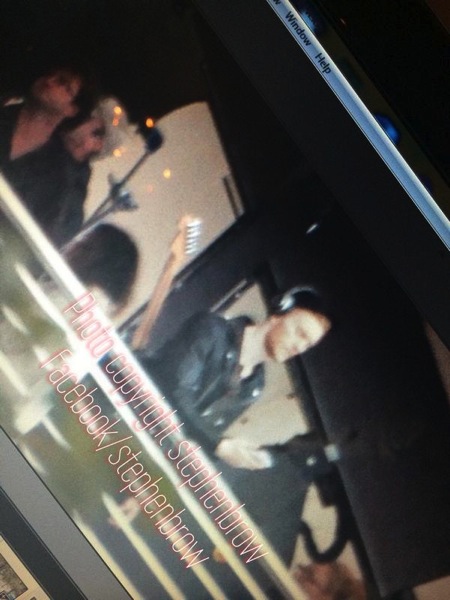 A spokeswoman for the band said Bono and co have not struck a deal with Apple to release their upcoming album on its next [iPhone.]

“They are not releasing their album on the iPhone, and they are not performing at the IPhone launch,” she said.

The story may have ended there, but it doesn’t: On top of the buzz around U2 and the Apple event, the Irish Independent withdrew its story a couple of hours later for unspecified reasons.

Does this mean we will see U2 on stage during the Apple event?