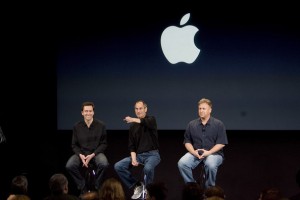 A recent New York Times article criticized the efforts of Steve Jobs and his involvement with philanthropy. Not so fast though, as U2’s Bono has responded to the NYT in a letter to defend Jobs, according to Bloomberg.

According to Bono, Steve was more than happy to join together for (Product) RED to fight AIDS, as Jobs mentioned there was “nothing better than the chance to save lives.” Apple was (Product) RED’s largest contributor to the Global Fund to combat AIDS, tuberculosis, and malaria, with donation amounts in the tens of millions.

Bono, in his letter to NYT columnist Andrew Ross Sorkin:

“I’m proud to know him…He’s a poetic fellow, an artist and a businessman. Just because he’s been extremely busy, that doesn’t mean that he and his wife, Laurene, haven’t been thinking about these things.”

Bono continued to mention the contribution of Jobs was ‘invaluable’ and helped improve the lives of more than 2 million Africans.

Even though contributions aren’t always on the record, it’s pretty clear Steve is passionate towards causes that mean dearly to him. Steve made it clear at the 2009 Apple Special Event that he was alive thanks to the ‘mid-20s organ donor’ that died in a car crash. Watch the video below: