Ann Makosinski, a first-year student at the University of British Columbia, has been awarded $50,000 for inventing a phone-charging travel mug that harnesses heat from hot beverages to create energy. According to CBC News, the 18 year old student from Victoria, who won the Quest Climate Change Grant along with five other Canadian recipients on December 16, said that she invented the mug when she noticed depleted batteries on her friends’ smart phones and their coffees “too hot to gulp down” between classes. 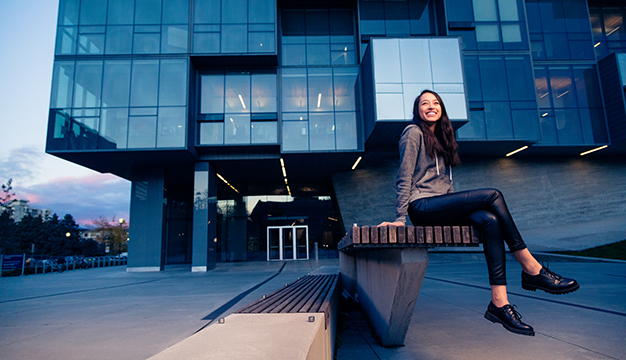 “I decided to combine both of those problems and find a solution with my e-drink,” Makosinski said. She and her new invention were recently featured on the Tonight Show with Jimmy Fallon, though it wasn’t her first time on the show. Makosinski previously appeared alongside Fallon in February 2014 to show off the invention that got her a lot of attention at the tender age of 15: a flashlight powered by body heat. “I think that opened a lot of doors for me because of the awareness of my project,” she said.

Following her big win she was named to Time magazine’s 30 under 30 and went on to receive four major awards at the 2014 Intel Science and Engineering Fair and speak at four TEDx events. She brought her hollow flashlight to the Tonight Show in 2014, and was invited back this fall to unveil her new eDrink invention, a travel mug that harvests excess heat from hot drinks and converts it into electricity to give your mobile phone’s battery a boost.

“It was super awesome that the whole crew and Jimmy all remembered me the second time I went,” says Ann. “We took a selfie after the show, and of course my entire experience in New York was amazing!”

Check out the following clip from her latest appearance in the Tonight Show with her e-drink invention: