To celebrate its 10th anniversary in Canada, Uber is looking back on its journey and its impact on Canadians and communities by sharing some interesting new rides and food delivery data, highlighting that drivers and delivery people have earned a total of $7.8 billion since 2012. 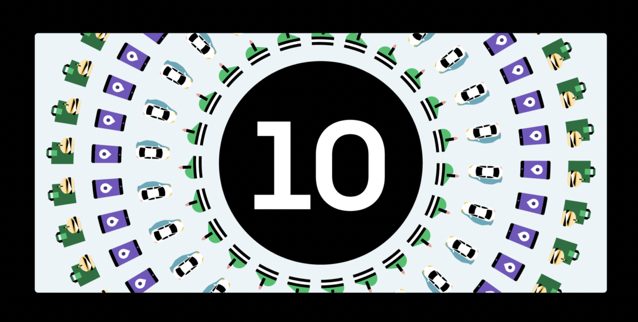 Launched on March 15, 2012 in Toronto, Uber has been creating earning opportunities throughout these years. In Canada, Uber is now in over 140 municipalities across 9 provinces and continues to expand across all services including Uber Eats and Uber Freight.

“We are so grateful that Canadians have adopted the Uber platform in their everyday lives, whether it’s requesting a ride or ordering takeout or groceries,” said Uber SVP Andrew Macdonald. “The ease of use, availability, and reliability of the platform means 17 million people in Canada have taken a trip or ordered a delivery with Uber.” 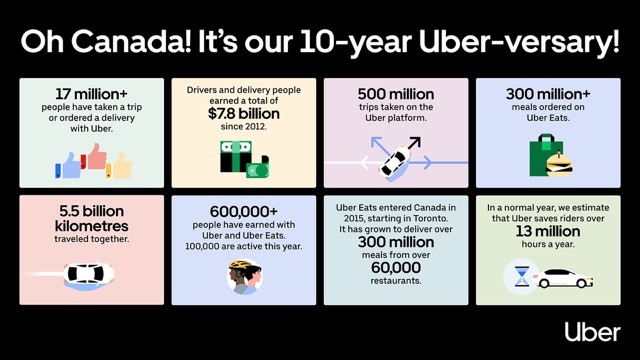 Uber has also shared how Canadians have been using Uber and Uber Eats over the last ten years:

Uber says the next decade is going to be focused on sustainability, with a commitment to operate a zero-emission platform globally by 2040.