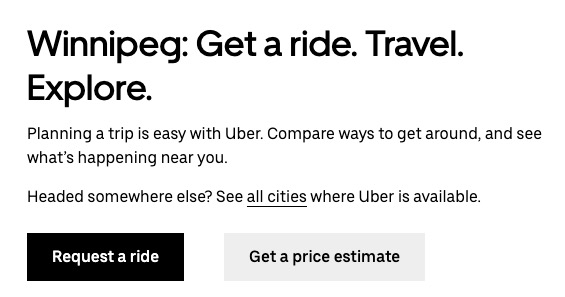 Uber has officially launched service in Winnipeg, Manitoba, after announcing back in June it was just “one step away” from debuting ride-sharing in the city, while also trying to entice new driver sign ups with a $500 bonus.

“Winnipeggers now have an affordable option to help get where they need to go, when they need to,” said Michael van Hemmen, Head of City Operations in Canada for Uber, in an emailed statement. “And for those with a safe driving record, a flexible opportunity to earn money on their own time. We’d like to thank Mayor Bowman and the Province for their support in bringing ridesharing to Winnipeg.”

Mayor Bowman emphasized he had been pushing for Uber to land in Winnipeg since February 2017. “As of today Winnipeggers will now have Uber as an internationally recognized brand to choose from, and when tourism and travel return to normal, visitors will have even more choice for ride-sharing when they arrive,” said the Mayor. 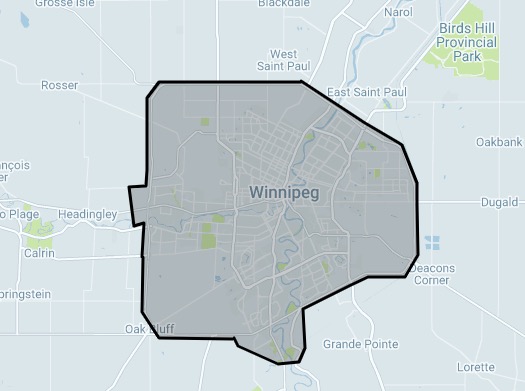 MADD Canada National President Jaymie-Lyne Hancock, said “We are so pleased to welcome Uber to Winnipeg,” as a safe ride alternative and to stop people from impaired driving.

To celebrate today’s Uber launch in Winnipeg, Uber Eats is offering 2 for 1 Slurpees in the city, known as the Slurpee Capital of the World, for the month of July.