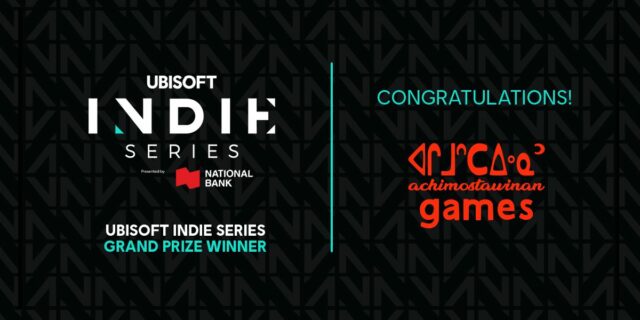 Ubisoft has awarded Hamilton, Ontario-based studio Achimostawinan Games the Grand Prize winner of the 2022 Ubisoft Indie Series. In partnership with National Bank, System Panic was given the Special Prize as part of the award show as well.

The 2022 Ubisoft Indie Series was held on May 3rd at 6 PM ET. The virtual award show was hosted by Northern Arena’s Carl-Edwin Michel.

Prior to the gala event, Ubisoft announced the 10 finalists who were all in the running of being awarded the $50,000 Grand Prize. At the event, Achimostawinan Games received the Grand Prize and System Panic received $25,000 from National Bank. Both studios will also receive mentorship and financial counsel from Ubisoft and National Bank on top of the cash prizes.

“On behalf of the team at Achimostawinan Games, let me say that we are honored to receive this prize,” Meagan Byrne, founder of Achimostawinan Games, says. “It has been hard working as a small team through the pandemic, so a big, big kinanâskomitin for everyone and to everyone who has supported us along the way!”

System Panic is another Ontario studio. This indie developer is said to work on “believable worlds where they can introduce the player to fun characters, urban environments and community-focused stories.” The studio’s work on Grabby Paws has yet to be available to the public as of yet. However, the studio aims to change that after Ubisoft’s Indie Series.

“I look forward to redoubling my work with the Gamma Space community to help get our game, Grabby Paws, ready for a public appearance soon,” founder Kaitlyn Dougon states. “I’m hard at work with the best supports in the world and grateful for the opportunity to have shared my progress with the Ubisoft Indie Series jury.”

Additional information on the 2022 Ubisoft Indie Series can be found here.