Earlier this month, we reported that the Unicode Consortium has approved 72 new emoji for release and today, the new Unicode 9.0 has finally been released with six new scripts, 7,500 new characters, and a myriad of new emoji ranging from an avocado and a clown to animals like a gorilla and bat. In addition to the new emoji, Unicode 9.0 also brings character support for some lesser-used languages worldwide.

The folks over at Emojipedia have also designed all the 72 new emoji in the “Apple style” of emoji to give an idea of how these may look when Apple releases their next emoji update. Check them out below and share your thoughts with us in the comments section. 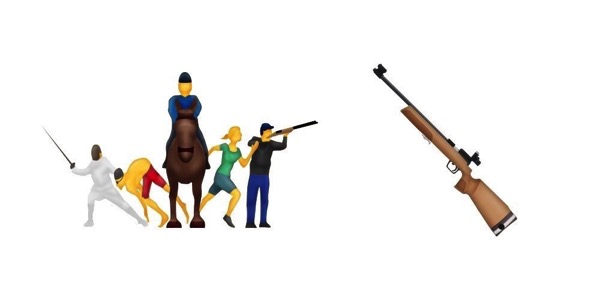 The rifle emoji (picture above) however won’t be coming to iOS 10 since Apple has reportedly been instrumental in removing the rifle from Unicode’s list of new candidates this year.