With their latest 1Password 7.3 update for Mac, the folks over at AgileBits have introduced a massive upgrade to the 1Password mini menubar companion app, with significant improvements to drag and drop support, complex passwords, and search. 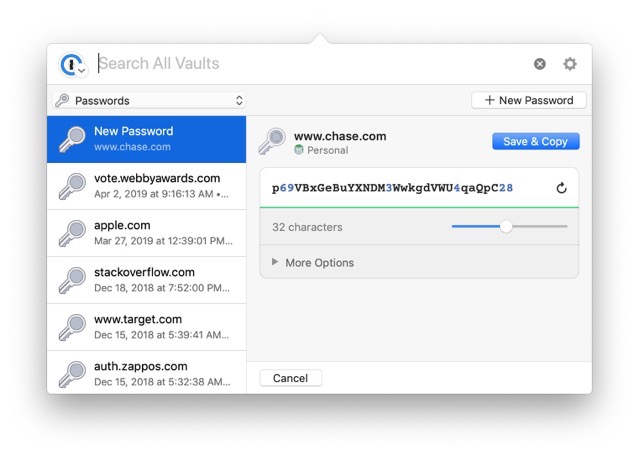 One of the major changes for 1Password mini is improved drag and drop support, which can be particularly useful for native Mac apps. Previously, the feature only allowed filling your login details for apps such as ones in the Adobe Creative Cloud range but now, other apps, including those from the Omni Group, have also been added.

Similarly, logging into an app or website is now even faster when using 1Password mini and keystrokes because it automatically fills in the details. “Simply start typing the name of any item and our speedy search will bring it right up”. 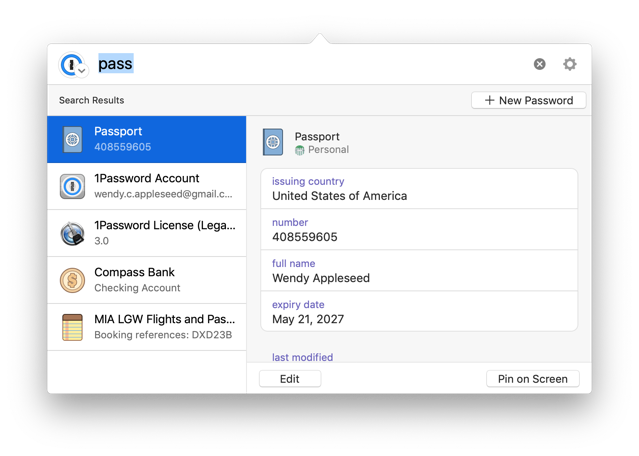 To get back to your previously generated passwords, just click the menu button above the item list and select Passwords. All of your passwords are there, conveniently sorted in reverse chronological order.

Full release notes with over 150 performance improvements and bug fixes can be found here.